City officials in Brooklyn Center received an update this week on the status of a proposed affordable apartment complex.

The project calls for a four-story, 54-unit building, with each apartment having anywhere from one to four bedrooms. About a dozen of the units would even be made especially for people with disabilities.

The developer is hoping to receive tax credits from the Minnesota Housing Finance Agency to help pay for the project, which has been scaled back from its original proposal of 88 units. Monday evening, JO Companies provided an update on the project to Brooklyn Center’s Economic Development Authority.

“I think it’s very important that projects like this one are highlighted and developed so individuals and families, multi-generational families, can have access to quality housing that is representative of my ideals,” said Johnny Opara, president and CEO of JO Companies. “Which is basically market rate design, but housing that’s affordable. That’s what we’re building in St. Paul, and we want to bring that to the city of Brooklyn Center.”

The Minnesota Housing Finance Agency denied the developer’s application last year to receive the tax credits. JO Companies is planning to submit a new application for funding in July. They will find out in October whether that application is successful. 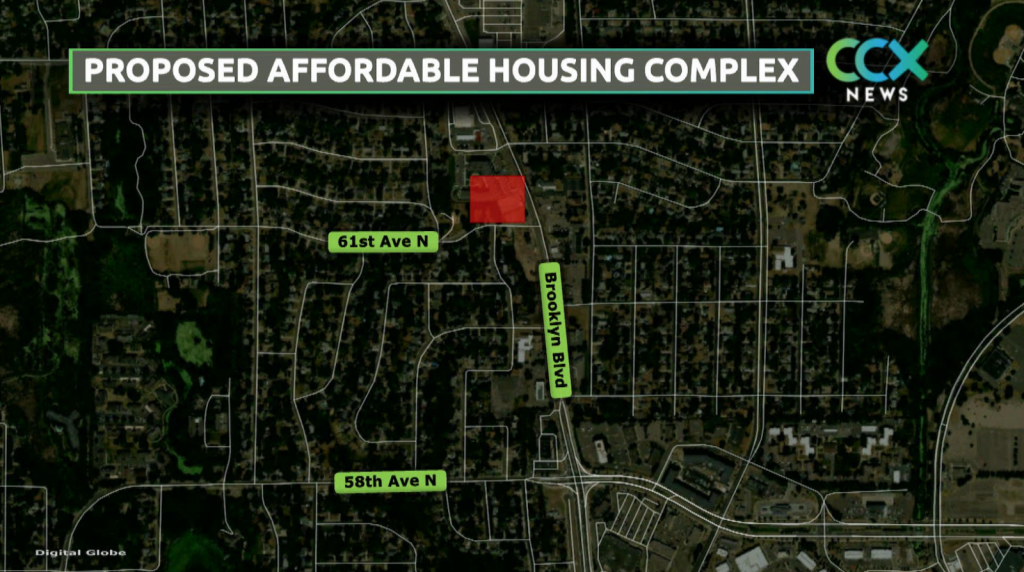 Wangstad Commons would be built on the northwest corner of 61st Avenue N and Brooklyn Blvd.