In just two months, voters in Brooklyn Center will head to the polls to elect a mayor. Tuesday night, the two candidates vying for that position, incumbent Mayor Mike Elliott, and Council Member April Graves, faced off in a candidate forum.

One of the key issues discussed revolved around public safety.

“What we’re setting up is a community response team, and we’re doing this work in collaboration with LEAP — Law Enforcement Action Partnership,” Elliott said. “Retired law enforcement personnel that looked at our 911 call data and have said, ‘these are the types of calls you want somebody else going to — mental health calls, calls related to social work.’”

Graves agreed on the point of having mental health specialists and social workers provide support to police. Later in the forum, she talked about the importance of having the police build a stronger relationship with the community.

“I know that it’s difficult, especially when you’re under-staffed, to have that extra time to build relationships in the community,” Graves said. “So I think the healing circle series that we recently started was a step in the right direction. There’s more coming into the future, and I think more opportunities like that for the police to interact with the community.” 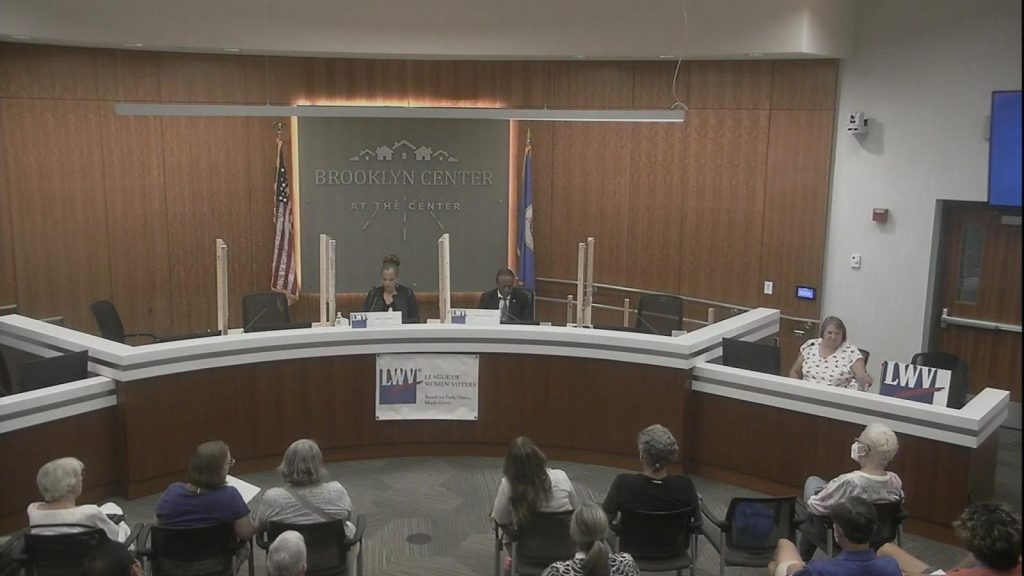 Meanwhile, another key issue was how to grow business in a city still reeling from having vacant big box stores like Target and Sears.

However, both expressed optimism.

“I think we are turning the tide,” Elliott said. “The council has now approved what’s going to go where Target is now, which is a new international food village that will be similar to the [Midtown] Global Market. It will have a food court, ability to walk in there and get a bite to eat.”

“Soon Michaels, I think, will be occupied by Burlington Coat Factory,” Graves said. “So you know, two steps forward, two steps back. We’re gonna keep working on it. I’m not gonna pretend it’s an easy answer, but I definitely think it’s important and I will make sure that I advocate my hardest and best for it.”

One other big topic was the future of the city’s structure of government. This summer, a citizens’ group tried to do away with the city manager form of government and give more power to the mayor. A petition drive to put the issue on the November ballot was unsuccessful.

“There was a study done at Yale that found the city manager form of government is not necessarily more effective than having an elected mayor that is accountable to the voters be in charge of running the city,” Elliott said.

Graves, on the other hand, wanted to keep things as is.

“The city manager is not politically motivated,” Graves said. “He’s not going to make decisions based on what he’s going to do next in his political career, which could be the case for any number of elected officials. So I think it’s a more democratic process. The accountability comes by those that you elect into the position. If you don’t like the consensus of the council members or where they’ve been voting, then you don’t re-elect them.”

Ultimately, voters will be able to decide who leads them over the next four years on Nov. 8.

To watch the forum in its entirety, click here.