Tuesday morning, charred remains of the home and several vehicles — along with foam used by firefighters to extinguish the flames — are all that are left of what was a chaotic scene.

“It was a confusing moment for everybody,” said Kristopher Cubias, a neighbor. “We didn’t know how it started.”

Cubias lives right next door to the home where the fire started. He was the first one to notice the flames.

“So the first thing I did was, I went to knock on my dad’s door cause I kind of didn’t know what to do,” Cubias said. “So yeah, I knocked on my dad’s door, he woke up. He went to the house, he knocked on the door to get them out.” 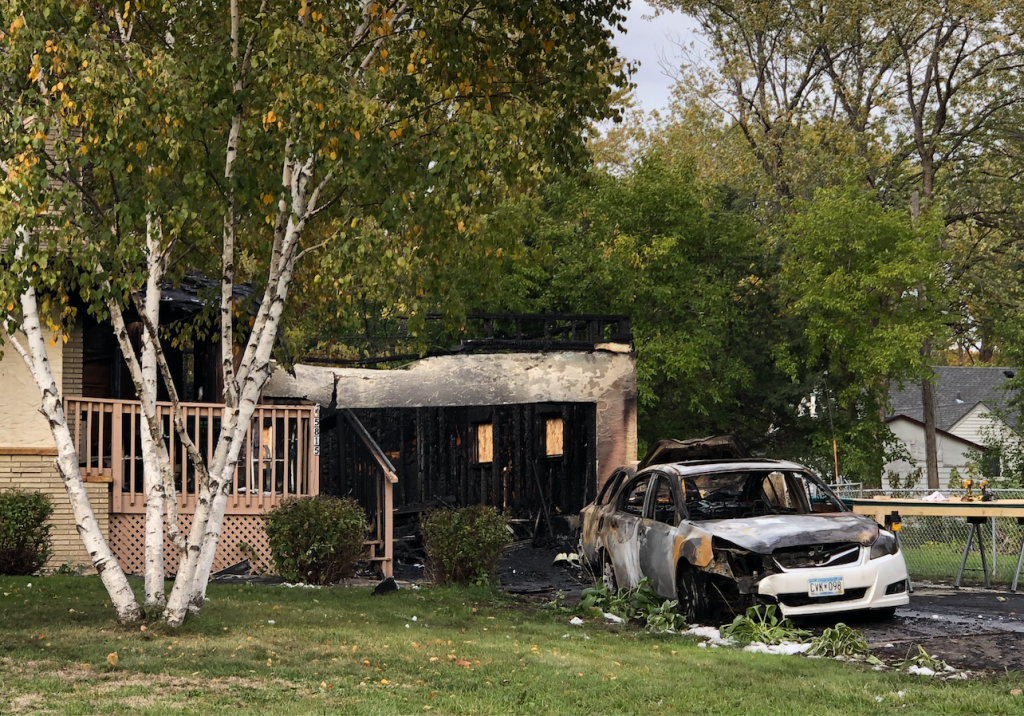 Investigators believe the fire started in the garage.

Cubias said their neighbor had no idea his home was on fire prior to that knock on the door.

“[The homeowner] had to run back inside to get changed and get his wife out, but when they were out they were just scared,” Cubias said. “Eyes were completely wide. They were crying. It was a really sad scene.”

Officials from the Brooklyn Center Fire Department say the fire started shortly before midnight. Firefighters from seven departments were on scene until 4 a.m. to get the flames under control.

The cause is still under investigation, but they think the fire began in the garage.

In the end, nobody was hurt, and firefighters were able to prevent the fire from spreading to other homes.

But for the residents of the home, it marks the beginning of what’s sure to be a lengthy restoration process.

“We’re happy that they’re alive,” Cubias said of the homeowners. “But I can only just imagine what they’re feeling right now. A lot of their possessions are gone.”

Fire officials say the homeowners are receiving help from their church pastor. The home was equipped with smoke detectors, although none were located in the garage.