An effort in Brooklyn Center to eliminate the city manager position and pass those responsibilities onto the mayor has been stalled, after the city clerk rejected a petition submitted by a citizens group last Thursday.

The rejection letter came as a shock to Brooklyn Center resident Stefanie Nelson.

“Yes, we were winded,” Nelson said. “Winded and kind of astonished that the same people who helped us were now denying us.”

Nelson is part of the group, “Citizens for a Full-Time Mayor,” which is trying to give Brooklyn Center voters the opportunity to choose whether to keep the current structure of government — where the city manager runs the city under the supervision of the council — or eliminate that position altogether, pass those responsibilities onto the mayor, and make that office a full-time position.

“It’s really hard as citizens to kind of have someone running our city that doesn’t live here,” Nelson said. “And so, in our eyes, the investment is not as deep.”

Nelson’s group had collected more than 1,100 signatures with the goal of putting the proposal on the November ballot. 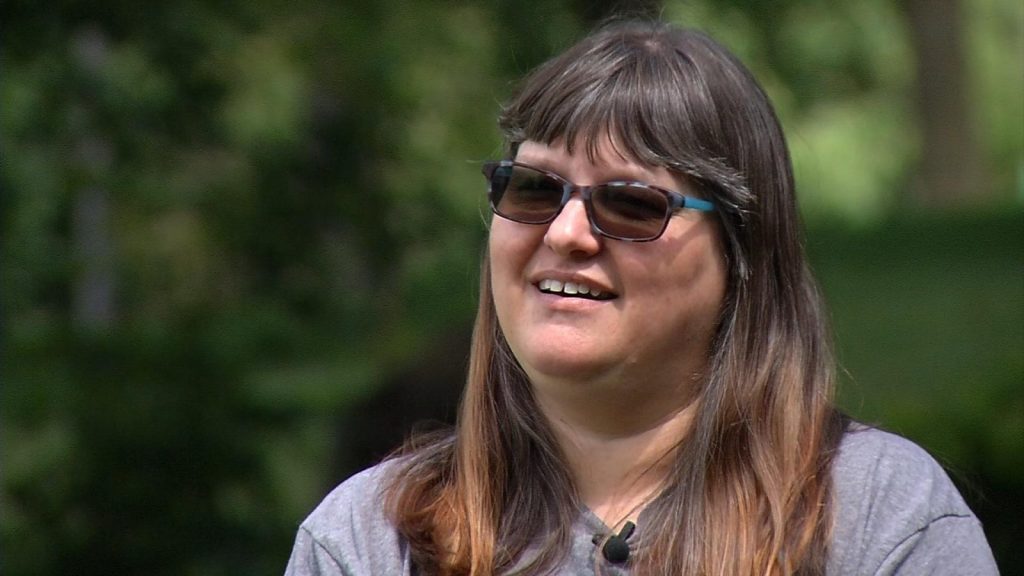 Stefanie Nelson is a member of ‘Citizens for a Full-Time Mayor.’

In a letter emailed to members of the group, the clerk said the petition was “insufficient in complying with pertinent statutory requirements.”

In addition, Suciu went on to indicate that the petition didn’t have the required number of valid signatures from registered voters.

“I think we were surprised,” Nelson said. “We had [sought] counsel from the city clerk from the beginning — what forms do we use? Again, we’re citizens, not experts on this. And you are to go to your city officials asking for… you know, they’re supposed to be able to lead you, kind of in the direction, here’s where you’d go, here’s the forms you would use, this is what needs to be filled out.”

The citizens group now has until Aug. 15 to collect a minimum of 886 valid signatures and submit a properly formatted petition to the city clerk.

“So we have redone that form, and we have started hitting the streets again collecting signatures,” Nelson said. “Obviously going back to our supporters and just saying, we apologize for the signature again, but hey, do you still support us?”

If the citizens group is able to collect the required signatures, then the petition will go to the Brooklyn Center City Clerk, who would have five days to verify all of those documents. After that, the city council would craft the language that would go on the November ballot.