About two weeks ago, the Brooklyn Center Police Department posted a video on social media with the goal of attracting more officers to join the force.

“It was to show basically a routine day as far as getting up and getting dressed to roll call, checking in all your equipment,” explained Brooklyn Center Police Chief Kellace McDaniel.

However, the city quickly removed the video from social media sites and the city website after getting negative feedback.

“I didn’t like it,” said Brooklyn Center Mayor April Graves. “I felt like it wasn’t the message that we wanted to send either to the community or to potential police officers.”

Graves says she didn’t know about the video until it was posted online.

“I had no idea about it until some community members brought it to my attention,” Graves said. 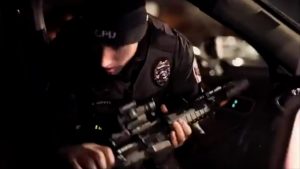 “If you look at roll call, it does show several officers of color, whether it be Asian or African-American,” said McDaniel, the city’s first Black police chief.

Communities Against Police Brutality posted the video to its Facebook account. The post says, “this is the kind of hyper-militarized recruitment video the Brooklyn Center PD is using. One can only imagine the types of cops this would attract.”

“It’s militaristic. I hadn’t thought about the fact that it had been filmed at night, but I think, yeah, it definitely sort of added to this foreboding feeling,” said Graves.

Chief McDaniel acknowledged the department can do better.

“There was no intention of this video being damaging, but obviously it was,” he said.

Brooklyn Center is authorized for 49 officers, but is down by about 10 full-time officers. The chief and mayor say they will do things differently the next time.

“We still need to make a recruitment video, but we want the video to be a collaboration of city staff, the police department, and as well as what the community wants to see,” said Graves.