Brooklyn Center has approved a moratorium that temporarily prevents businesses from selling edibles and beverages containing THC. The city council made the decision by a 5-0 unanimous vote Monday night.

The issue has dominated discussion in many recent city council meetings throughout the northwest suburbs. In Brooklyn Center’s case, a moratorium would last for up to one year, allowing the city to study regulatory and safety issues.

The discussions stem from a state law approved July 1, which allows hemp-derived products containing limited amounts of THC, the chemical that produces the  “high” sensation in marijuana. According to the state law, up to 5 milligrams of THC is allowed per serving or 50 milligrams per package.

While there are regulatory and safety concerns, some see the issue as an opportunity.

“I do think staff will look at it as both an opportunity to make sure we’re being smart, but also I thought small businesses, ways we can leverage it and also bring more business to the city,” said Brooklyn Center City Council member April Graves. 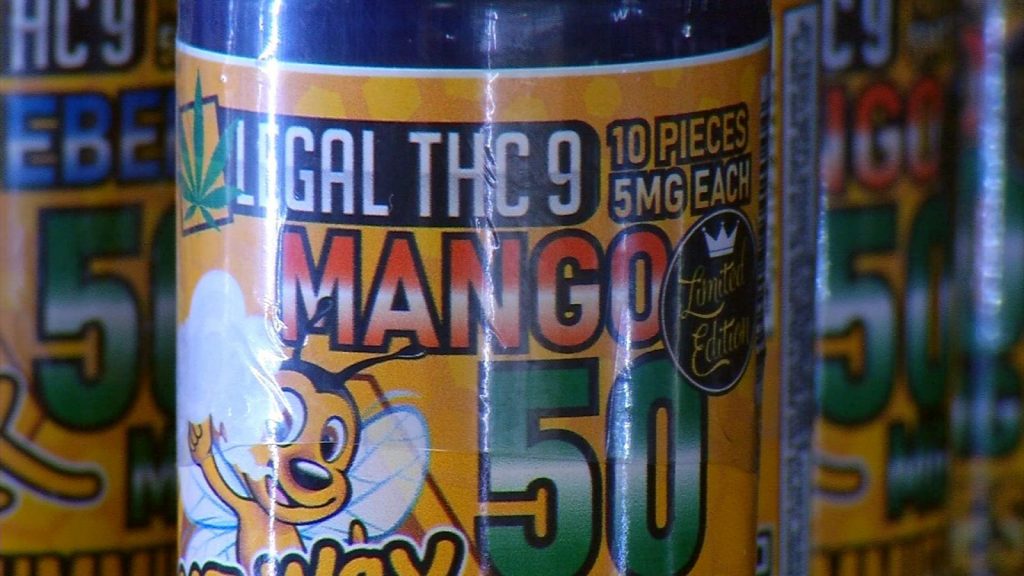 One of the primary concerns from law enforcement is sales of THC products to minors.

“There is nothing in the state statute specifically addressing possession by minors,” said Jason Hill, city attorney for Brooklyn Center.

Local police agencies have also raised concerns about the quality control of such products and the actual THC concentration in them. While state statute requires packaging of THC edibles not to look like candy, Hill says there are examples to the contrary.

“I would hope the legislature would revisit some of these issues rather than have patchwork regulation city to city,” he said.