Customers and barbers at Haircut City in Brooklyn Center watched the Kim Potter trial proceedings Tuesday afternoon on a television in a corner of the shop. Among the fades and trims, they talked about what’s going on in the Black community. They also gave perspectives on former officer Potter fatally shooting Daunte Wright during an April 11 traffic stop.

“This Black man is no different than I am,” said Haircut City barber Versie Donaby. “He got pulled over, and now he lost his life.”

Potter is charged with first- and second-degree manslaughter in the Wright shooting. Prosecutors will have to prove to jurors that Potter acted “recklessly” and was “negligent.”

“This type of stuff happens every single year, every single month, and you just become numb to it,” said customer Vincent Henry Jr.

Henry said he would rather not watch the trial.

“You don’t want to keep replaying the same old story over and over again, hoping to get justice,” said Henry Jr. 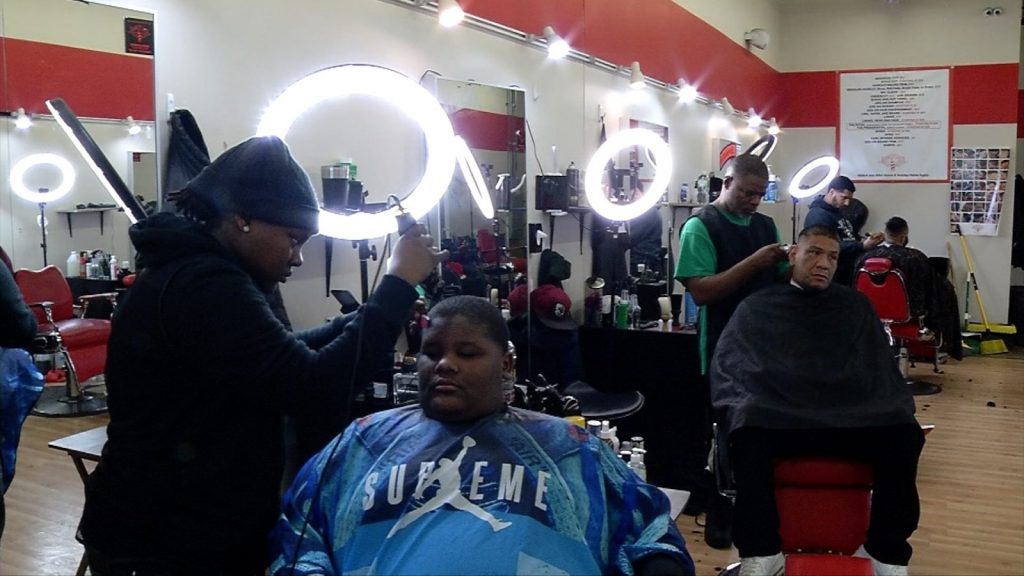 Customers and barbers at Haircut City in Brooklyn Center on Tuesday.

Both men say Daunte Wright’s killing is a reminder of how race can be the difference between life and death if you’re a Black man in America.

“You got to worry about that, to get stopped by the police, and not know what kind of mindset they’re going to be in at the time, and their mindset could put your life in danger just because of the color of your skin,” explained Henry Jr.

“It can be exhausting to have to deal with that stress and trauma every second of your life. “

“I think that people in power and of authority should be held to a greater standard and understand that you’re serving the people,” said Donaby.