A DFL-led measure would increase funding for the Minnesota Attorney General’s Office by more than $4 million.

The bill, HF29, would appropriate $269,000 in fiscal year 2023, $2 million in 2024 and $2 million in 2025. County attorneys have pushed for the increase, saying the added funding would help in prosecuting “difficult” criminal cases, especially in greater Minnesota, where officials say resources are lacking.

“While our county attorneys do an admirable job of prosecuting cases typical of their communities, many serve in small offices and, in some cases, with part-time staff,” wrote Robert Small, executive director of the Minnesota County Attorneys Association, in a letter to lawmakers.

The House State and Local Government Finance and Policy, chaired by Rep. Ginny Klevorn, DFL-Plymouth, reviewed the bill on Tuesday.

Attorney General Keith Ellison testified on behalf of the legislation. He said funding for the Attorney General’s Office has been flat over the last 20 years.

The Attorney General’s Office is largely set up to handle consumer matters, which includes everything from antitrust cases to charity fraud. But recently, the office has seen more requests to help handle complex felony criminal cases. 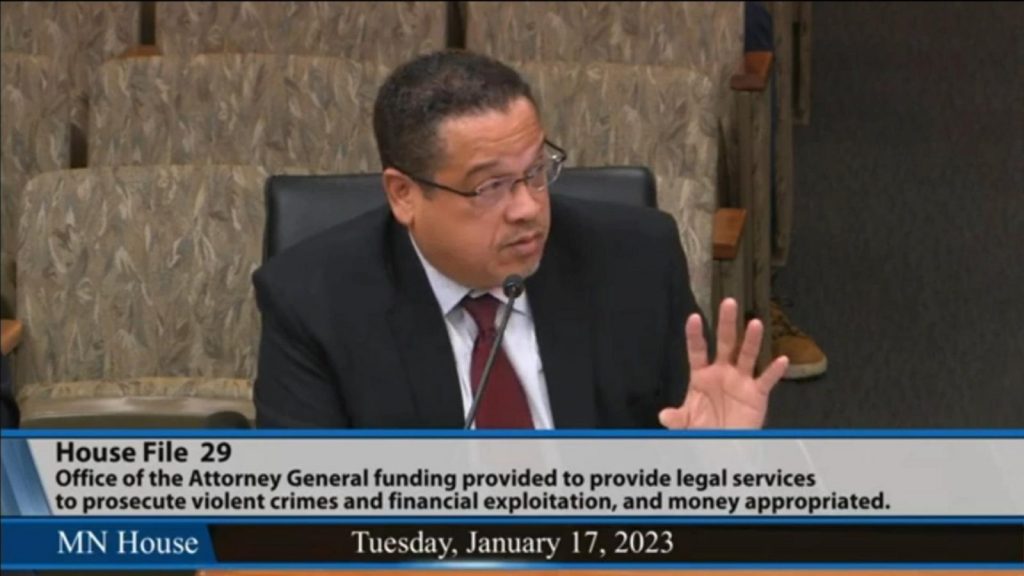 According to Ellison’s testimony, the Attorney General’s Office has charged 33 cases of murder, manslaughter, vehicular homicide and criminal sexual conduct at the request of county attorneys over the past three years. Eighteen of the 20 counties that sought help were from Greater Minnesota.

“We can’t do anything unless the county says we need this help,” said Ellison.

Republicans on the committee weren’t necessarily against more funding, but expressed desire to see accountability measures in the bill to determine if the added money was truly beneficial to taxpayers.

“How is it that we can come to this point and say ‘you know what our focus needs to be criminal, but we don’t have any lawyers, we need more money,’ rather than looking at the efficiencies in the office to find that,'” asked Rep. Danny Nadeau, R-Rogers.

“Litigation is more complicated, the population of the state has increased, and yet the budget of the AG’s office has not,” responded Ellison.

The bill passed 8-5 and was sent back to the House Ways and Means Committee.