The drought is causing fire danger across the state. According to the Minnesota Department of Natural Resources, there’s a high risk of fire danger in the metro, which means fires can start quickly and spread at a fast rate. Dry lawns and parched plants provide the perfect kindling combination for an unexpected fire.

“With the increased temperatures, the lack of water, the environment is becoming prone or a perfect setting for grass fires,” said Plymouth Battalion Chief Steve Baker. 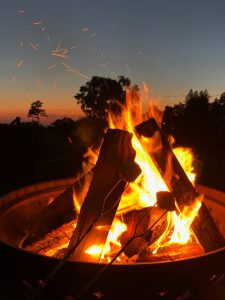 Plymouth fire officials warn people to be careful with recreational fires during drought.

Locally, there are no bans on recreational fires. But fire experts are asking people to be extra careful if they decide to light up fire pits.

“We do need to be very diligent about everything that we’re doing out there and recognizing that with all the dry grass, all dryness out there and the lack of water it is increasing the risk and without a bunch of rain in the forecast, that risk isn’t going to get less,” explained Baker.

Fire would rather not have to fight fires on any day, but especially during extreme heat conditions. Over the next several days, we’re expecting 90-plus degree temperatures, and so they’re asking everyone to be careful.

“We put on our gear, that alone brings up that heating value, and now we’re working, and really physically exerting ourselves. Working and doing our jobs in these temperatures is straight-up dangerous,” said the Plymouth firefighter.

Experts say it’s a good idea to hold off on the recreational fires during the dry spell.