Dufner’s Deli in Plymouth: ‘Every Day Is a Good Day for Soup’

Most people don’t associate soup with hot summer days. But at Dufner’s Deli in Plymouth, every day is a good day for soup.

“People love it. They come here just for soup. It doesn’t matter if it’s, outside, 120 degrees or -16, they’re still gonna come,” said Raj Kumar, the owner of Dufner’s Deli.

For the past 38 years, Dufner’s Deli has served customers in a Plymouth strip mall near I-494 and Rockford Road.

Kumar has owned the deli for the last nine years, and depending on which day it is, that will determine which flavors of soup are on the menu.

“This is the most popular soup, chicken wild rice from Minnesota,” Kumar said. “People love it.”

Chicken wild rice is only served on Tuesdays, but it’s one of more than 30 different flavors that rotate throughout the month. Many of the flavors have become fan favorites.

“I like the beer cheese soup. It gets me high,” said a joking Roger Olson, a customer from Plymouth.

Every single flavor of soup is made entirely from scratch by the man who’s not only the owner, but the sole employee for the last 18 months. 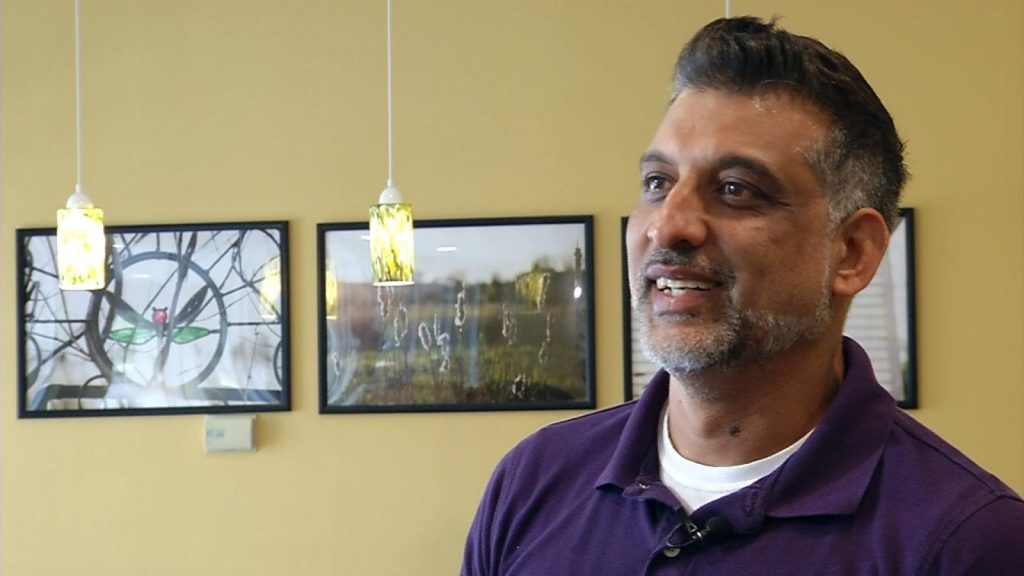 Raj Kumar is the owner, and sole employee, of Dufner’s Deli.

“The last year and a half has been terrible for small businesses,” said Darrell Carlson, a customer from Plymouth. “And it’s just taking on a little responsibility of trying to help keep them going.”

Since buying the restaurant, Kumar has developed a loyal clientele who rave about the experience.

“I love the fact that it’s a family-owned small place,” Carlson said.

“Food’s excellent, you get good portions, and it’s tasty,” said Olson. “He’s got a good personality. It all goes together, and really does a good job.”

Kumar does a good job, not just because the restaurant is his livelihood, but because every customer is like family.

“I can see customers coming from the window and I know what they want before they come to the counter the food is ready,” Kumar said. “I said, ‘don’t change [your order],’ and they’re like, ‘we’re not.’ And they love that.”

It’s the type of service you likely won’t get from a national chain, and whether you’re ordering soup, sandwiches or a burger; Kumar puts his heart and soul into his work.

“That’s why I’m here, because my customers and my God helped, that’s it,” Kumar said.