It’s something never seen before in the world of Google search analytics. The keywords ‘food shelf near me’ made the top 10 list of most searched phrases for the Twin Cities area. It’s why officials with Second Harvest Heartland say a large milk donation Thursday in Brooklyn Park was so important.

“A lot of families are struggling. We’re a seeing a need at food shelves up 40 percent over last year,” said Allison O’Toole, CEO of Second Harvest Heartland.

Prairie Farms Dairy, which has operations in Woodbury, donated 9,000 half-gallons of milk to Second Harvest Heartland.

“We would have loved to have done it before Christmas,” said Pat Ryan, division sales manager for Prairie Farms Dairy. “There’s a tremendous need for milk and nutrition and this is just something we’re glad to do.”

Weather had delayed the Prairie Farms donation until now. The company processes and ships milk to stores across the Upper Midwest with nearly all its milk coming from Minnesota farmers, Ryan said. 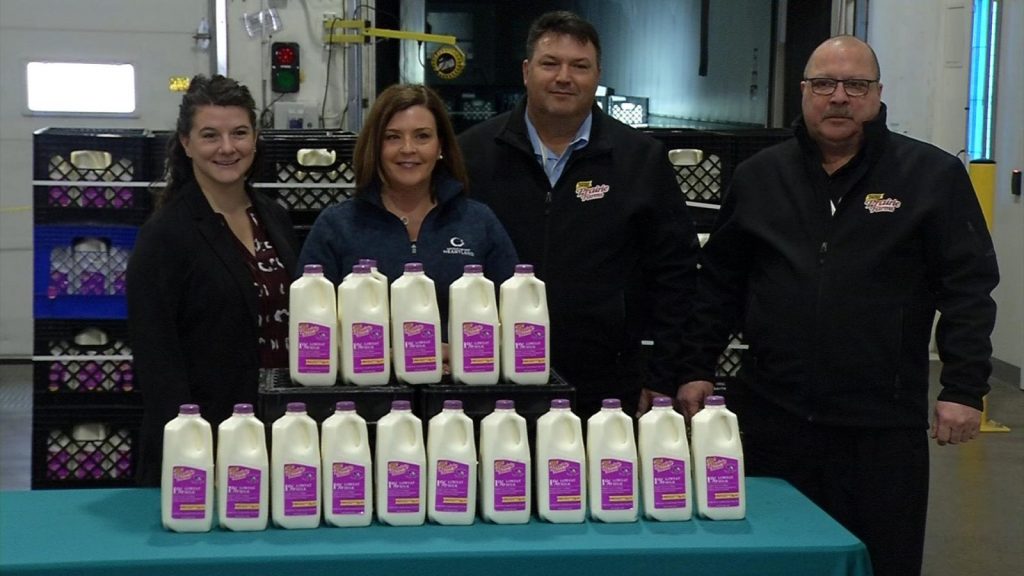 The donation comes at a critical time. Milk prices are at an all-time high, up 30 percent over last year, O’Toole said. Prices at the end of December were $4.37 per gallon of 2 percent milk on average in the U.S., according to a report from the U.S. Department of Agriculture.

O’Toole says a milk grant it receives from the state legislature typically lasts half a year. This year it was gone in three months. That made Thursday’s donation even more of a blessing.