Ava Peplinski and Sophia Pung are co-presidents of the Armstrong student body this year. Assistant Principal Robert Ware says the leaders didn’t hit the ground running this year, they hit the ground sprinting.

“Being student leaders, their voices are huge when it comes to reaching students,” said Ware.

“I think some students don’t have that direct connection through sports or siblings and I wanted to be that connection to inspire them to do well at Armstrong,” said Pung, 17, of Robbinsdale.

Pung does well herself at Armstrong High School. She’s a three-sport athlete and captain of both golf and cross country. She’s a good student and involved in several clubs and Armstrong Media too. Pung hopes to start a chess team at the school after being involved in the successful chess club at Robbinsdale Spanish Immersion.

“Ava and I really have a hard working mentality, and we want to do the best we can. That’s what drew us to each other,” said Pung. 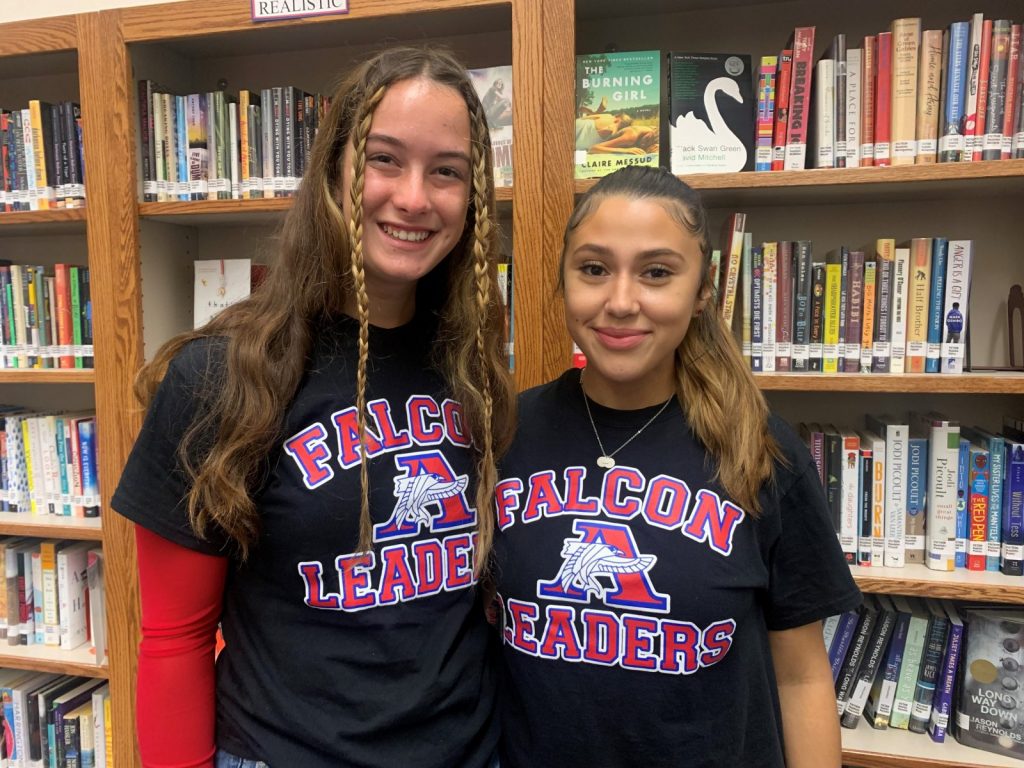 Peplinski Has Own Success Story

“I had a rocky middle school experience, but there’s one thing that greatly changed my life forever,” said Peplinski, 17, of Plymouth. “I’m adopted from Columbia and I learned that if I was in Columbia, I wouldn’t have the experiences and opportunities I would have in America.”

Peplinski says because of that, it’s important she pushes herself and the community around her to be better.

“Some kids at Armstrong may not have that push. We want to be that push,” said Peplinski. “Whatever your background may be, you have a voice at Armstrong and you deserve to have a position at Armstrong no matter where you may come from.”

Both students have lofty and worthy goals to attain when they graduate high school.

Peplinski hopes to go into neuroscience and research Alzheimer’s disease.

Pung has her sights set on biomedical engineering with hopes to start a biotech company someday.