Brooklyn Park police have arrested a suspect believed to be responsible for several burglaries in the city. Police refer to the individual as a “prowler.”

Police made the arrest shortly before 8 a.m. Wednesday. The arrest came after a 911 caller reported a person breaking into vehicles in the 6700 block of 83rd Ave. N.

Officers located the person with property believed to be stolen and linked the individual to several incidents in the Birch Grove, Tessman and Candlewood neighborhoods.

Brooklyn Park police say this individual has been seen entering homes and cars around the city. They are asking for people to check home security video to see if they see an individual described as a 28-year-old white male with blonde hair and a slender build. Police say the individual had on black pants, black or blue sweatshirts, a black baseball cap or stocking cap and was carrying a black backpack. 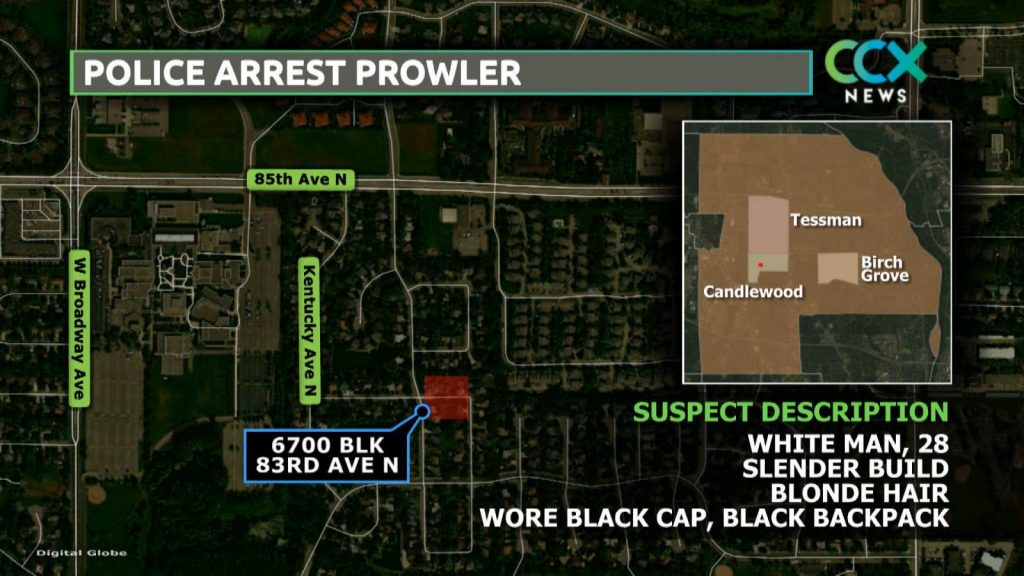