In a nondescript warehouse in Brooklyn Park, there’s a marketplace stocked with items that people can use to help make their house a home.

“We wanted a real shopping experience for the Afghan community,” said Sonia Anunciacion, the Afghan Resettlement Project Lead for Alight.

Every item in the marketplace is free of charge for Afghan refugees who have resettled in Minnesota.

“Many of the Afghans that arrived, arrived literally with the clothes on their backs,” Anunciacion said. “They didn’t have any of their personal belongings. They left their family, friends, homes and their prized possessions back in Afghanistan.”

Anunciacion has led Minnesota’s resettlement effort for Alight since the Taliban took control of Afghanistan in August of 2021. It was a chaotic time for a country she holds near and dear to her heart. 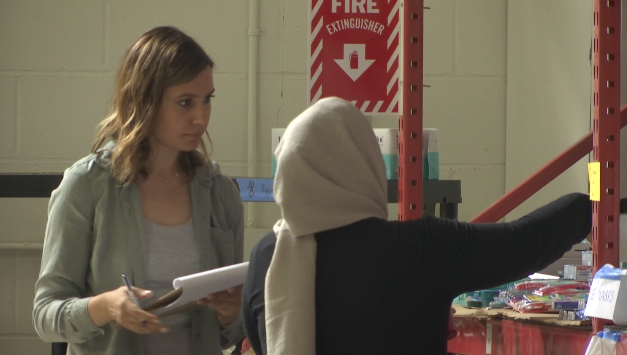 “Back then it was a really emotional time because I have family in Afghanistan and both of my parents are from Afghanistan,” she said. “And to watch that chaos and the desperation for people to get on that plane for a chance at a better life was really tough to see, and I can’t even imagine experiencing that.”

Over the last year, the Alight marketplace has served more than 950 of the refugees who were fortunate enough to escape.

The market will shut down at the end of September, so Anunciacion is working to ensure that anyone who hasn’t been helped yet can come in to get what they need.

“Yeah we’re nearing the end here,” Anunciacion said. “So we’ve reached the majority of the community, and there’s a small group left, and so we won’t be replenishing that inventory now that we’ve completed this program.”

Yet the home setup is only one part of the overall process. Alight’s focus will soon turn to helping the Afghans make Minnesota feel like home.

Officials from Alight say that many of the families who have resettled here are experiencing isolation and loneliness, so the organization is developing programs to help them become acclimated, such as field trips and workshops.