The advisory group for the Center for Innovation and the Arts, or CITA, met for the first time Friday at North Hennepin Community College. The group hopes to kick off fundraising and advocacy for the 85 million dollar project. 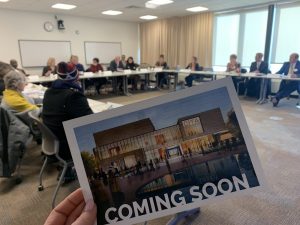 You currently have to drive to Hopkins, White Bear Lake, or even Burnsville to find a performing arts center.

A group of local leaders make up an advisory council that met for the first time Friday.  It is comprised of members from Hennepin County, North Hennepin Community College, Metro State University, the city of Brooklyn Park, and Osseo Area Schools.

The group hopes the CITA development could make Brooklyn Park a visual and cultural arts destination. It would be located near a proposed light rail stop, the Brooklyn Park Library, and north of North Hennepin Community College.

“It could be a real cornerstone piece,” said NHCC interim president Jeff Williamson. “It’s something the whole community can be proud about.” 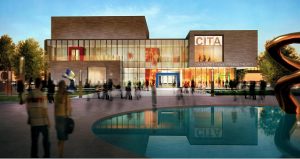 The project received good news when Governor Tim Walz included it in his 2020 bonding proposal. The preliminary feasibility study and predesign of the building are completed. The bonding proposal request is for $7 million to complete the design of the project. Also included in the project is a placeholder for an additional $38 million in the 2022 bonding bill for construction dollars. To secure the second 2022 request, the partners need to raise the remaining $34 to $40 million for the project before 2022.

To learn more about the CITA project, click here.