The legalization of recreational marijuana will be a hot topic at the Minnesota legislature this year. Now, an industry leader in travel and auto insurance has come out against the idea.

AAA released a statement opposing the legalization of recreational marijuana for safety reasons.

The AAA Foundation for Traffic Safety cited figures from the state of Washington that show how fatal crashes involving drivers who tested positive for marijuana have doubled since the state legalized the drug in 2012. 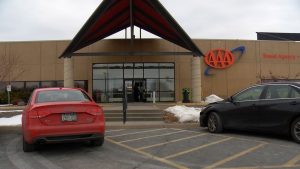 Officials from AAA Minneapolis say they plan to monitor what happens at the Capitol during this year’s legislative session.

“Legal and illegal, it doesn’t matter how you are impaired,” said Meredith Terpstra, a spokesperson from AAA Minneapolis. “If you are impaired, you shouldn’t be driving, and that’s just a safety factor. So here in Minnesota that’s what we believe. We are worried about the people in Hennepin County and we just want to make sure we are putting safe drivers on the road.”

In 2019, Brooklyn Center police issued 19 citations for drug-related DWI’s, compared to five in 2018.