Many in Robbinsdale are mourning the death of a beloved community figure. Luis Aguilar, who was a server at El Toro Mexican Restaurant, was taken off life support on Wednesday, several weeks after an accident left him with severe brain damage.

During his time in Robbinsdale, community leaders say he made a significant impact.

“He was a joy to be around,” said George Selman, a Robbinsdale City Council member. “[He] was kind of part of the fabric of Robbinsdale.”

“Dozens of times I was served by Luis and never once was it an unpleasant experience,” said Robbinsdale Mayor Bill Blonigan. “Always it was kind of, it was a fun experience.”

“I want to send out my best wishes to Luis and his family as well, and everybody at El Toro, and really everybody in Robbinsdale,” said Council member Pat Backen. “I mean he is just a fixture here in town.”

Aguilar worked as a server at El Toro for more than 10 years. On Thursday, the restaurant set up a memorial in the front entryway to honor its beloved former employee, who left an impact on anyone he came across. 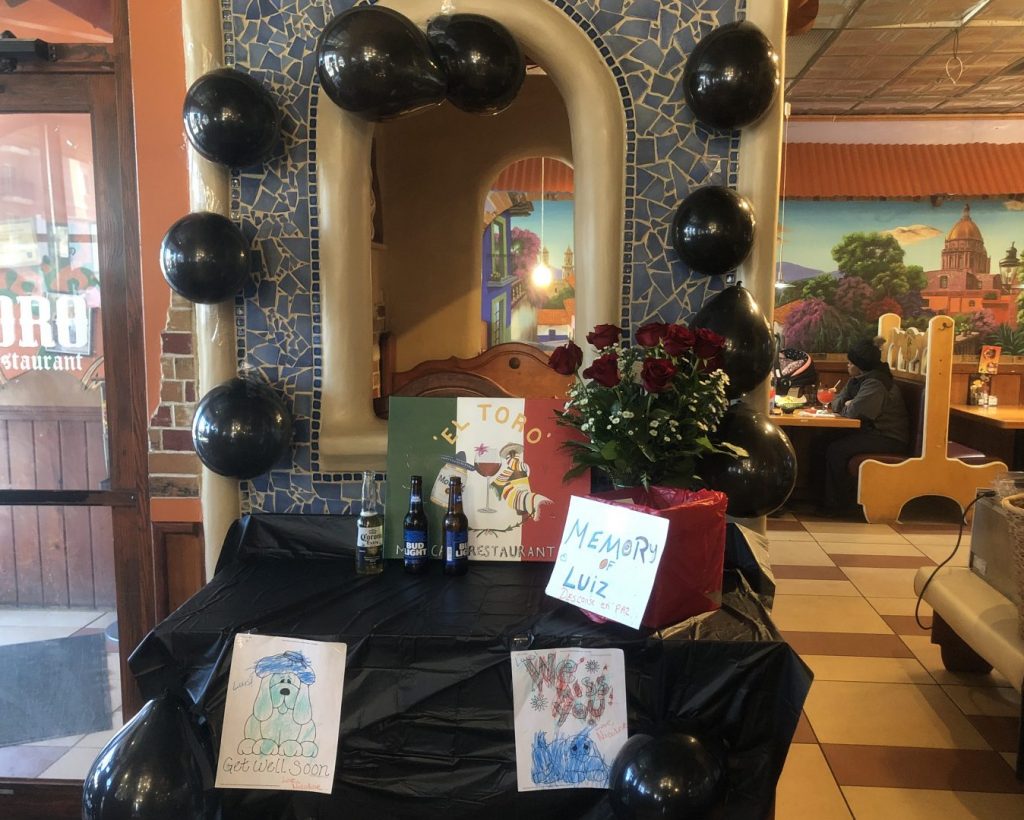 A memorial for Luis Aguilar at El Toro Mexican Restaurant in Robbinsdale.

Aguilar’s parents, Maria Guadalupe and Juan Aguilar, traveled to Minnesota from Mexico to see their son. Thursday, they spoke to CCX News via Zoom through a translator.

During the interview, Maria Guadalupe said that she is grateful that they were able to come to the United States, even under these circumstances, to see him for one last time.

Meanwhile, the family has set up a GoFundMe page to help pay for medical costs bring Aguilar back to Mexico, where he will be laid to rest.

Through a translator, Juan Aguilar said that he is very thankful for everybody here in Minnesota, especially the city of Robbinsdale, for all their support in these tough times.