Police departments in the northwest suburbs had to deal with carjackings, automatic weapons, and other crimes that are usually associated with larger cities. Multiple suburbs reported an increase in shots fired calls and finding people using conversion devices on handguns to turn them into fully automatic weapons.

“If they want a vehicle and need transportation, they don’t use a cab or bus. They’ll grab a vehicle from someone who appears to be an easy victim,” said Brooklyn Park Police Chief Mark Bruley. 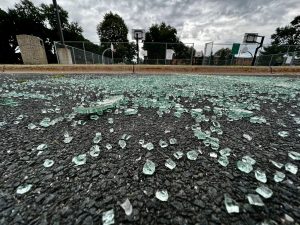 Catalytic converter thefts were at an all-time high. In Brooklyn Park alone, there have been over 350 incidents of stolen catalytic converters. Police say thieves like to steal the vehicle parts for the precious metals and then sell them on the black market.

“You’re going to fire at a rate of about 20 rounds a second,” explained ATF Group Supervisor Cory Shelton.