Arts and entertainment venues were drastically impacted by COVID-19. Local artists and venues adapted with creativity and dedication, striving to keep the arts flourishing in a time of COVID-19.

Stages Theatre Company went dark this spring. They pivoted to come up with outdoor offerings in the park.

“So you can come to the park, get creative with your little one. We have all kinds of props and songs and things to do with them,” said Megan Collins, educational director for Stages Theatre. 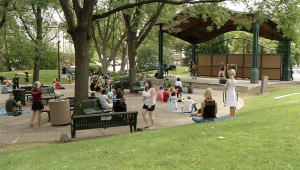 Later in the year, they offered several programs called “Out of the Box” where parents ordered a kit with props that went along with an interactive video. Both parents and kids could participate in the program.

The Hopkins Center for the Arts hosts many artist exhibitions and functions each year. This year the building has spend a chunk of the time closed, or with limited options for receptions and shows.   They offered virtual tours and placed art near windows so patrons could glimpse some of it from outside the building.

The city of Plymouth moved their art show online and the Courage Kenny Rehabilitation Institute in Golden Valley did too.

“Courage Kenny Rehabilitation Institute kicked off our 56th annual Art of Possibilities Art Show and Sale. Just knowing the visitors restrictions in place because of COVID-19, and the governor’s stay at home order, we knew pretty quickly that we had to pivot and move to an online show. Which we’ve never done before,” said Megan Muske, president of Courage Kenny Foundation.

The State Fair might’ve been canceled, but you could see the fine arts exhibit online too.

For performance artists, the year was devastating.

“This is a nerve-wracking time for every singer every musician because none of us have ever been through this before,” said entertainer, Mick Sterling.

Shows moved outside to the extent they could during the summer months. Individual entertainers got inventive.

“Once people found out I could do the outdoor shows and I was willing to travel around the building, then people started booking shows with me and things started picking back up,” said Todd Anderson who performs as Elvis as well as other well-know singers.

Anderson would stand and sing outside senior living facilities, with seniors listening on balconies.

“What we’ve done instead of me performing in real life for folks. Currently we’re doing what a lot of people are doing now, these virtual happy hours,” said Farr.

Making the Most of Technology.

In the world of music, North Hennepin Community College Concert Band wins kudos for innovation when they figured out how to rehearse in real time, in person, while split up in two different rooms.

“I read about a program called Jack Tripp. There’s lag with zoom. With this software it manages to bypass stuff. We’ve got one set up in our band room down the hall and then the other computer in here set up. And we can play in each room and the sound matches up perfectly,” said David Mantini, NHCC concert band leader. 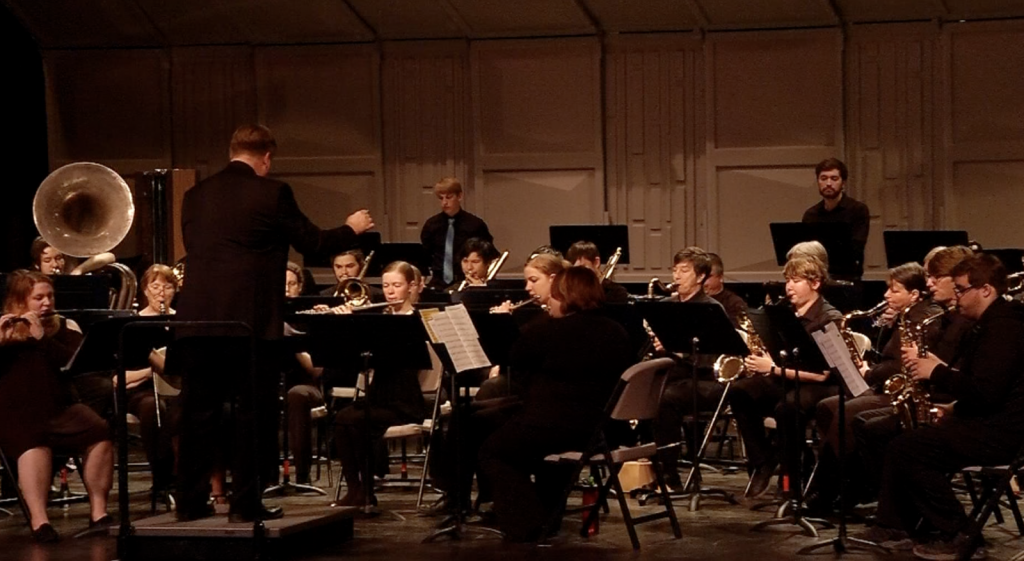