Three hockey players who played in the Osseo-Maple Grove youth program and at Maple Grove High School were picked in the NHL entry draft in July and spoke with CCX Sports.

Kyle Kukkonen was selected with the second pick of the sixth round, #162 overall, by the Anaheim Ducks.

Cal Thomas was chosen nine picks later in the sixth round, #171 overall, by the Arizona Coyotes.

Justin Janicke was chosen in the seventh round, #195 overall, by the new Seattle Kraken franchise.

Janicke played in the U.S. Development program in Michigan after playing high school hockey at Maple Grove earlier in his career.

All three are excited to be chosen but know it’s still a long path to the NHL.

All three will play junior hockey in the USHL this coming season.

Thomas will play in Sioux Falls, SD; Kukkonen in Madison, WI; and Janicke in Dubuque, IA.

All three have committed to Division I college programs after playing juniors.

Kukkonen will follow his older brother Trevor to Michigan Tech.

Janicke will join his older brother Trevor at Notre Dame.

Thomas will play for Vermont.

Former OMGHA and Maple Grove HS defenseman Connor Kelley was picked in the 7th round by the Chicago Blackhawks. Kelley plays at Minnesota-Duluth. 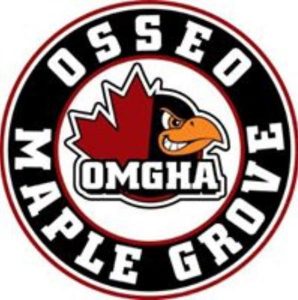