Both goalies made some exceptional saves in the game, which stayed scoreless until late in the second period.

Joshua Koskie of Providence and Dylan Halliwill of Breck kept it 0-0 until the teams traded great goals late in the second.

Beau Courneya beat Koskie on a great end to end rush to give Breck a 1-0 lead with 27 second left in the second.

Johnny Hendrickson answered for Providence, scoring with 1.4 seconds left in the period.

Providence took the lead for good early in the third, with Thomas Vos splitting the defense to score for a 2-1 lead.

The Lions added two empty-net goals late as Breck tried to battle back.

Providence improved to 2-1 this season with the win, while Breck dropped to 1-2. 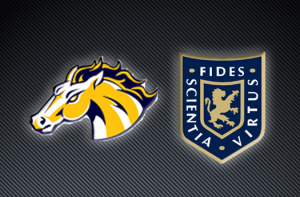