For athletes across the country, it’s a time of uncertainty and loss.

“I think my teammates and I were just kind of in awe of the situation unfolding around us” DenHartog said about finding out the season was canceled.

“Disappointment and sadness followed later on after the dust settled.”

After an outstanding freshman season, DenHartog was hitting a team best .429 with 7 home runs early this spring.

They were 15-9-1 when the NCAA made the decision to halt the season.

“I think that no matter how the season would’ve been going it hurts the same to lose it. I’m proud of the improvements our team had made up until the point the season was canceled.”

DenHartog has more softball ahead, but says her heart goes out to the seniors around the country who face change and uncertainty. The NCAA did authorize an extra year of eligibility for spring athletes because of this lost season.

The 2019 season was a special one for the Gophers, who reached their first NCAA College World Series and finished 46-14.

DenHartog played a key role, earning first team all Big 10 and Great Lakes Regional honors while being a finalist for national freshman of the year.

She is confident this shortened season won’t hurt the program’s momentum.

“Our coaching staff works hard to foster an environment that produces strong, hard-working females that understand the value of the opportunity they’ve been given.”

DenHartog is at home with her family and says she’s been playing catch with her father John, the head football coach and a softball assistant at Hopkins High School.

The Gophers are staying in touch via team meetings on Zoom. 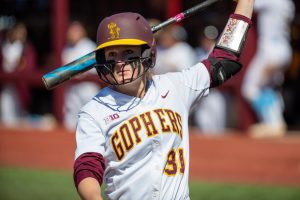 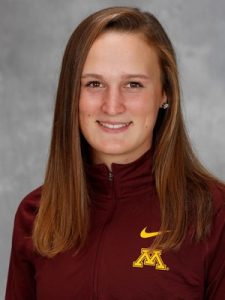 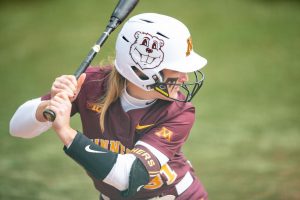