With the regular season in the books, prep football playoff matches are now set for teams in the northwest metro.

Unbeaten and top-ranked Maple Grove is one of the four number one seeds, along with Rosemount, Stillwater, and Eden Prairie.

Maple Grove, the top seed from Section 5, hosts winless Hopkins in the first round next Friday night October 28th.

In class AAAAA, the second biggest class, Armstrong is the top seed in Section 5, which has just five teams. Cooper is the number three seed. Both Robbinsdale district teams have byes into the semifinals next Saturday October 29th.

Park Center is the number four seed in Section 6AAAAA and hosts Irondale Tuesday in the quarterfinals. 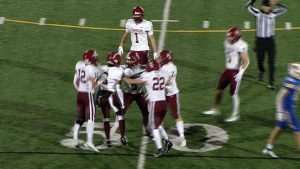 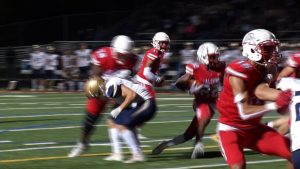