The Osseo football team has faced a tough early schedule.

The Orioles lost 31-7 to fourth-ranked Stillwater Friday night in the rain at Osseo.

After a short Osseo punt into the wind, Stillwater scored on its first play from scrimmage.

After Shikenjanski finished a drive with a quarterback sneak early in the second quarter to make it 14-0, the Ponies added to the lead.

Owen Peloquin intercepted a pass and returned it 55 yards for a touchdown to make it 21-0 Stillwater at halftime.

Each team scored one touchdown in the third and Stillwater added a field goal to start the fourth quarter.

Devin Williams scored on a five-yard run to account for Osseo’s points.

The Orioles are now 1-3, with all three losses to teams that have started 4-0. 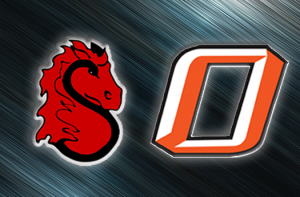