Maple Grove hockey player Dani Strom is getting some “real-world” experience this week. The high school goalie is part of the United States Under-18 Women’s National team, competing in the world championship tournament in Sweden.

The U.S. team is 2-0 so far with another preliminary round game scheduled for Wednesday against Canada.

At Maple Grove this season Strom has a 9-2-0 record with a goals against average of 1.06 and four shutouts.

She has committed to playing college hockey at the University of St. Thomas. 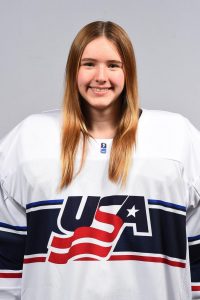