The Maple Grove Legion baseball team hopes to continue its summer success with their berth in this week’s 16-team state tournament.

Maple Grove (18-3) won all four games in the Sub-State 11 tournament last week, coming from behind in three of the games.

Post 172’s roster includes many of the same players from the Maple Grove high school team that placed fourth in the state tournament last month.

Maple Grove is in a pool of four teams which include Rosemount, Rochester and Hopkins. The top two teams in each of the four pools then advance to a single-elimination bracket with the quarterfinals and semifinals played Saturday and the state championship game on Sunday.

Games are in Burnsville, Prior Lake, and Shakopee. 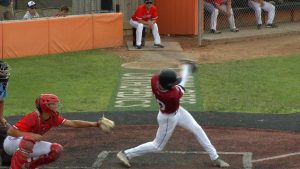