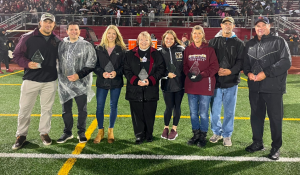 This year’s class, honored at halftime of the Crimson homecoming football game, honored and inducted the following people:

Carlson and Smith Novak were unable to attend the ceremony.