The Hopkins softball team scored ten runs in the first five innings and then held off Minnetonka for a 10-7 win Friday.

The Royals scored two runs in each of the first three innings to take a 6-3 lead.

After the Skippers pulled within 6-4, Hopkins added four more in the fifth inning.

Addie Crowell led off with a solo homerun and then later in the inning Lauren Granger hit a three-run shot.

Minnetonka took advantage of shaky Hopkins defense late in the game to score three runs before their rally fell short.

The win gives Hopkins a sweep of their rivals this season.

The Royals added a win over St. Michael-Albertville Saturday. 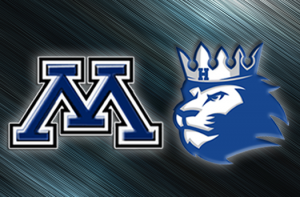