The Cooper football team beat Benilde-St. Margaret’s 21-14 in the regular season finale for both teams.

Cooper built a 21-0 halftime lead before holding off a late rally from the Red Knights.

The Hawks scored on their first play from scrimmage as Danari Connors ran 65 yards for a touchdown on his way to a 200-plus yard rushing night.

After a Darius Mulbah interception, the first of two for him and one of three total for the Hawks, Connors scored on a one-yard run to make it 14-0 after a quarter.

Kameron Fox connected with Jaxon Howard for a 38-yard touchdown in the second quarter to make it 21-0.

It stayed that way until very late in the game, when things got wild.

BSM scored on an 83-yard touchdown strike from Nirvaan Yogarajah to Elliott Huether to make it 21-7 with 2:24 to play.

The Red Knights then recovered an onside kick, followed by a 56-yard TD pass from Yogarajah to Khalif Brown that made it 21-14.

Cooper appeared ready to put it away but the Red Knights stripped the ball from Connors near the BSM goal line and recovered in the end zone for a touchback.

They moved the ball to midfield but were stopped on downs in the final seconds as Cooper held on for the win.

Cooper is the third seed for the Section 5AAAAA tournament and they have a bye into the semifinals. 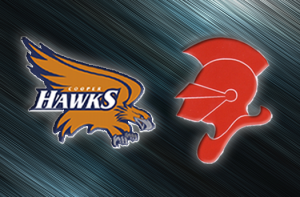 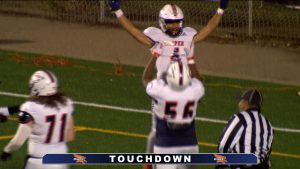