It’s the first meeting between the two teams as members of the Tri-Metro Conference, which Cooper joined this fall.

Centaurs’ goalkeeper Joseph Daramay made several key stops and got help from his defenders on a couple of other good Cooper chances to keep it 1-0 at halftime.

Cooper controlled most of the play though, and it paid off in the second half.

Francisco Torres Gomez Eagle scored off an assist from Jesper Flomo to tie it 1-1.

Flomo scored off a well-placed corner kick from Torres Gomez Eagle to give the Hawks the lead for good.

Flomo scored again for a 3-1 lead and Zunue Taylor added another for the 4-1 final.

It’s Cooper’s second win of the season; Brooklyn Center is still looking for its first win. 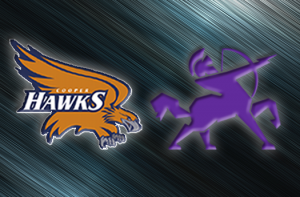