It’s the first meeting as members of the Tri-Metro Conference for the Hawks and Islanders in boys basketball. Cooper joined the conference this school year.

After the Islanders went up early 7-2, Cooper surged into the lead. The Hawks were up 27-22 at the half.

The teams traded leads for much of the second half before the Islanders took the lead for good.

Islanders’ star Nasir Whitlock overcame a slow start and closed strong. Whitlock had 16 points in the second half and 22 for the night.

Michael Cooper had 21 points to lead Cooper, with Sam Massaquoi scoring all 14 of his points in the second half.

Cooper did bounce back to beat Champlin Park 63-58 at The Big Stage event Saturday at Osseo High School. 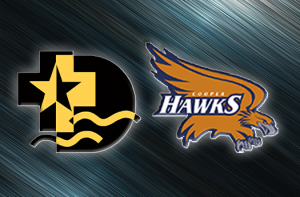