The Champlin Park volleyball team lost a heartbreaker to St. Michael-Albertville in the Section 5AAA semifinals.

After the Knights won the third set, Champlin Park had a match point in the fourth set.

It appeared the Rebels had won the match when an STMA attack was long, but the ball was ruled to have been touched by a Champlin Park player.

It ends a string of five consecutive section titles for Champlin Park. 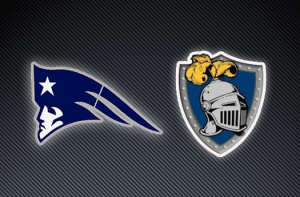