And what a way to go out. The graduate student forward is in the Final Four in New Orleans, playing for Duke University.

He played four years at Marquette prior to enrolling at Duke and now playing for retiring Hall of Fame head coach Mike Krzyzewski.

John has averaged 11 minutes per game this season for the Blue Devils, averaging just under three points, three rebounds, and a block per game. 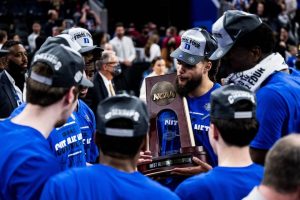