The Armstrong boys basketball team closed strong to rally past Champlin Park for a 75-68 win Tuesday.

Armstrong had the lead for part of the first half until Champlin Park surged into a 39-32 lead at halftime.

Armstrong stepped up the defensive pressure though and took the lead for good with about four minutes left in the game.

It was the season opener for the Rebels, while Armstrong improved to 2-1. 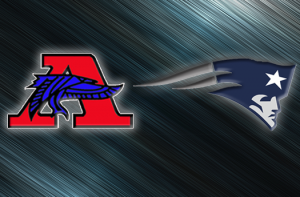