There will be a new face representing Plymouth in the newly created Minnesota Senate District 42 due to legislative redistricting.

Senate District 42 represents nearly all of Plymouth, the city of Medicine Lake and a small sliver of southwest Maple Grove.

While Westlin is new to state office, she is familiar to local politics having run for state Senate before. Hillen was also a familiar name to local races having run a competitive campaign in a previous bid for Plymouth City Council.

Westlin, a family law attorney and mediator, said she’d “fight for an economy that works for everyone.”

She also listed funding schools to allow for increasing teacher pay and hiring more support staff as a key priority. Westlin also addressed the issue of public safety in her candidate statement filed and published on CCX Media.

“I will support robust funding for public safety so our community feels safe and our officers have the support they need to do their jobs well,” said Westlin. 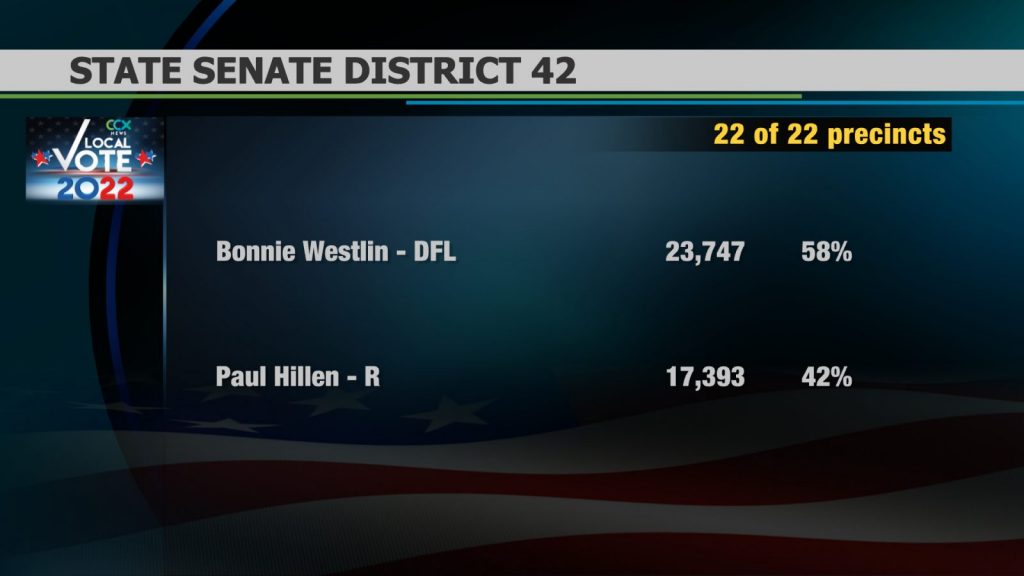