Now that spring is here, that means road construction season is getting underway. In Robbinsdale, work will soon begin on a two-year, $20 million project to replace several bridges on West Broadway Avenue.

“The existing bridges, just like a lot of our infrastructure, it’s at the end of its service life, so they’re due to be replaced,” said Tony Schrempp, a lead project engineer from Hennepin County.

In early April, Hennepin County will begin work to replace the three bridges on County Road 81 that connect Robbinsdale and Minneapolis.

The bridges date back to the 1960s and have been deemed as structurally deficient by county engineers. 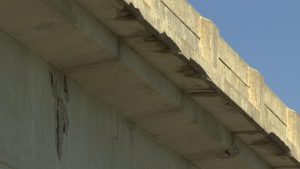 In December, the county closed the southbound bridge and rerouted all traffic to the northbound side, with vehicles now going in a single lane in each direction.

That traffic shift will essentially remain the same during construction season, as crews remove and replace that southbound bridge.

In addition to the bridge work, over the next two years people can also expect to see improvements to the pedestrian trails, as well as to the on and off ramps.

“It’s going to be good to get this project going,” Schrempp said. “We’re going to be doing a lot of safety and trail connection improvements for the people that use all the bridges and the intersection down below. So it’s exciting to, one, just be in spring and weather’s feeling good to get a project like this underway.”

On Wednesday, March 24, at 5 p.m., project engineers will host a virtual open house to learn more about the improvements, the traffic impacts and the construction timeline.

For anyone who wants to attend that open house, or watch the video after the fact, they can go to the project website.