Weekend Showcase: ‘Little Women: the Broadway Musical’ Will ‘Tug on the Heartstrings’

The community theater based at Family of God Lutheran Church in Brooklyn Park presents “Little Women: the Broadway Musical” with performances starting on April 7.

Admission is by donation with profits going to Brooklyn Avenues for Homeless Youth. Actors say the show, which is based on the book by Louisa May Alcott, will “tug on the heartstrings.”

“At the heart of it is the same story and it will still tug on the heartstrings of people who love the book as well,” said Allie Kroehler, who plays Jo March. “People should come because the show is so much fun. You get to see people doing what they love, telling a story that they love and hat lots of other people will love as well.” 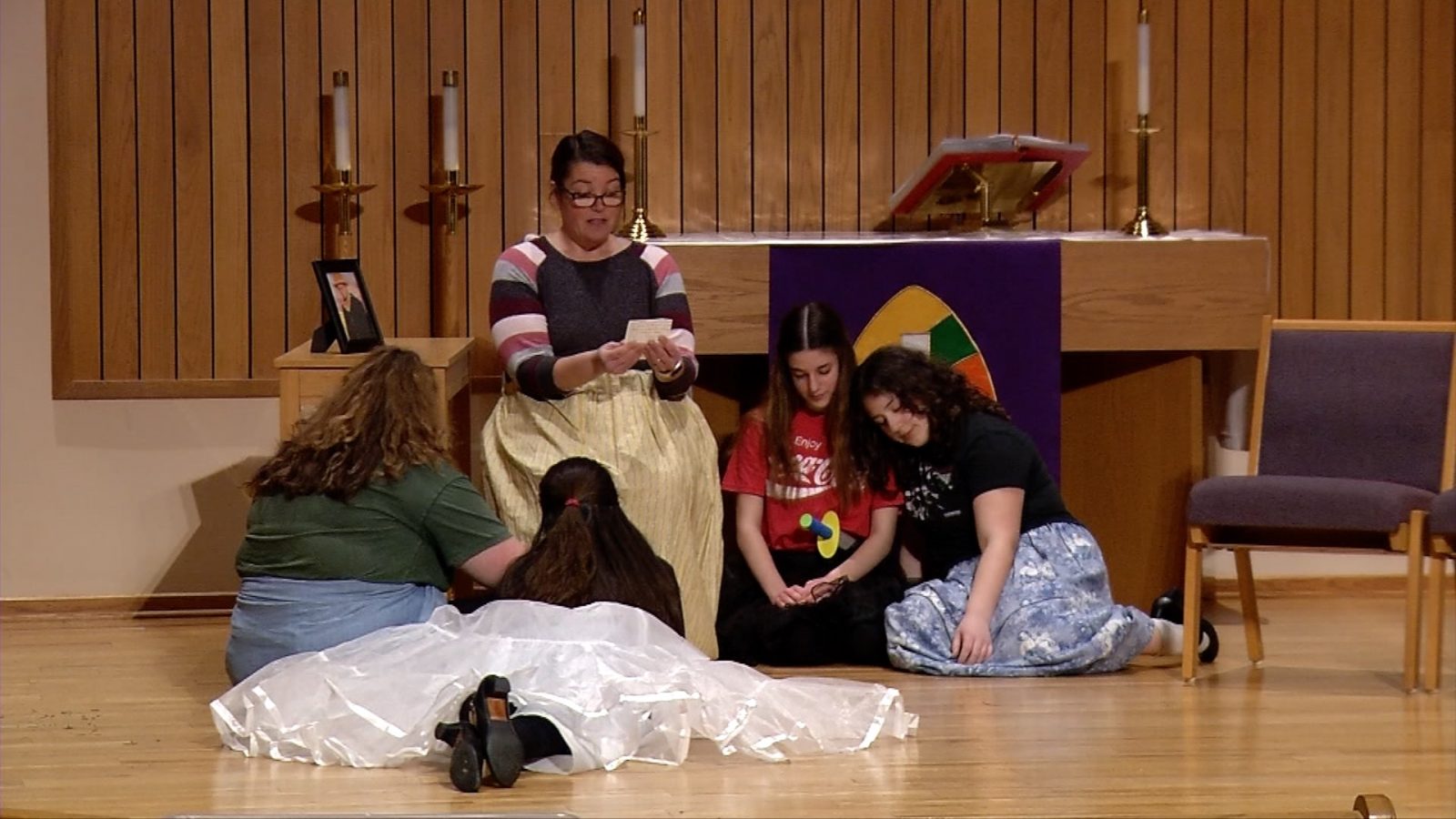 The Cast of “Little Women: the Broadway Musical” at Family of God Lutheran Church, Brooklyn Park

Mia Okraygrubac plays Amy March and is glad to be back on stage.

“It’s not too sad, it’s not too jumpy. I think it was honestly the perfect play to come back to after a couple of years,” said Okraygrubac. “It was a little stressful at first because I haven’t been acting in a little bit because of COVID, but it’s great to be back.”

Also glad to be back is director Jack Strub, who grew up in the community theatre that runs out of the church. He calls it a “full-circle moment.”

“It’s honestly been a fun process,” said Strub. “The cast has been very tight knit.”

The tight-knit cast is what makes the show fun to watch.

“It’s a typical old story of a family growing up in the civil war era. There’s nothing funny about it,” said Strub. “But we’ve found the humor and found the fun through rehearsals and the relationships the sisters have off stage. I think that sisterhood carries onto the stage.”

The show features a 20-person cast, which includes an orchestra. You can learn more on Family of God’s Facebook page or website.

There will even be a livestream of the event here.