At the Metropolitan wastewater treatment plant in St. Paul, scientist Steven Balogh extracts samples that are sent to a lab at the University of Minnesota for testing. The samples are roughly the size of teardrops.

“Wastewater is our only signal right now that tells us what is the level of disease and infection in the community,” said Balogh.

Testing for the virus that causes COVID-19 has changed dramatically since the pandemic’s onset. Unlike the early stages, when community testing was commonplace, the testing focus has shifted to wastewater treatment plants. The reason: the analysis of wastewater samples can indicate the forthcoming prevalence of disease. It’s proven to be much more efficient and cost-effective than statewide testing of viral samples, which has become more limited due to the wide distribution of at-home tests.

Balogh actually helped develop a reliable way to produce samples for testing. He came up with a way to extract more RNA by using a commercial chemical product. That helped assist the University of Minnesota Genomics Center, which separates that teardrop sample into thousands of microscopic droplets used to detect the amount of virus.

The samples are sent out every Tuesday. For him, it’s an important way to keep tabs on a disease that continues to result in fatalities.

“It felt like personal responsibility for me,” said Balogh.

One downside of the wastewater testing method is that it can’t be further broken down into a specific suburb or narrow Twin Cities region.

“We can’t tell if there is a surge in Brooklyn Park we can only see the big picture.”

Sewage flows from approximately 1.9 million homes and buildings in the Twin Cities metropolitan area to the St. Paul plant. 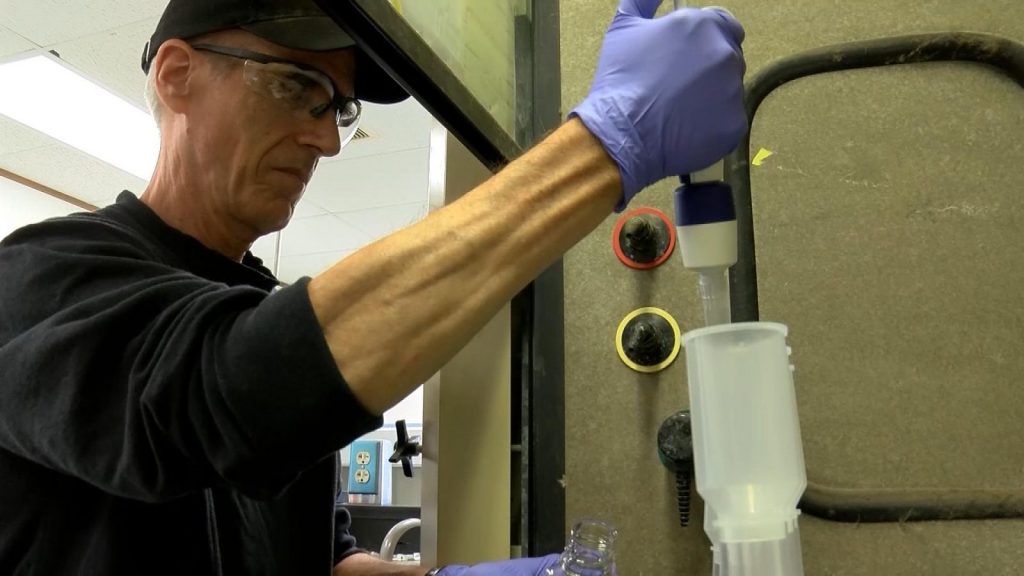 Viral Levels Increase 14% in One Week, But Down Since Early Summer

The latest sewage sampling data show an increase in viral loads, up 14 percent last week from samples obtained from the St. Paul plant. However, it’s still only 1 percent higher than it was four weeks ago. The total load has also decreased by 40 percent since June 21, according to Metropolitan Council wastewater treatment data.

Balogh also says the wastewater extraction process has the potential to test for other pathogens in the future.

“You can use wastewater to track influenza and RSV and other viruses that are here and are rising right now but we just are not doing that at this point.”

Also See: ‘Not out of the woods yet,’ Doctors Urge COVID-19 Booster Shots

Taylor Rivera contributed to this report