One of the parks impacted is Sochacki Park, described as an urban oasis filled with an abundance of greenery. Another is Lakeview Terrace Park.

“Once these seed pods mature, any animal that walks by, the seeds scatter, they just kind of explode as animals, humans whatever are brushing up against the plants,” explained Papiz. 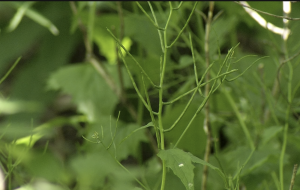 Garlic mustard is currently growing in abundance at Sochacki Park.

Papiz said the aggressive weed is capable of decimating native vegetation. It invades woodland areas and takes over.

Typically, spring is the best time to remove the invasive plant. Still, with our delayed season and rain, Papiz says now is the perfect time to eliminate it.

Robbinsdale is looking for volunteers to pull out the problematic plants.