Brooklyn Park mayoral candidates Lisa Jacobson and Hollies Winston addressed several key issues at a forum Tuesday night hosted by the North Metro Mayors Association. The topic that came up the most was the city’s historic rise in violent crime.

Both are vying to fill the remaining one year and four months of former Mayor Jeff Lunde’s term. Lunde vacated his seat after winning election to the Hennepin County Board of Commissioners.

The mayor’s seat is nonpartisan, though it has attracted attention of politicians outside the city. Winston has received endorsements from Governor Tim Walz and the DFL Party.

When asked how they would address the rise in violent crime both candidates pointed to a combination of prevention measures and public safety investments. Jacobson, a current Brooklyn Park City Council member, said she supported the recent Wilder Research study on policing that provided recommendations for reducing crime.

Winston, meanwhile, accused the city of “taking the eye off the ball” on violent crime. He mentioned a three-pronged approach that included using people to deliver social services and mental health assistance to help police get ahead of potential crime issues.

“We also have to make a massive investment in youth programming so that kids have positive options in terms of what they want to do going forward,” said Winston. “And then last, in terms of the next budget, we need to find creative ways to put more money into the public safety budget because it’s an issue we have to finally get over.”

“This is serious. And we need serious solutions. But we also have to make investments. The money has to come from somewhere. It will never fall out of the sky at us. Bottom line all businesses and residents deserve to feel safe in Brooklyn Park,” Jacobson said.

Attracting new businesses to Brooklyn Park is another topic that came up. Winston called that issue his “bread and butter,” pointing to his MBA degree received from the University of Minnesota’s Carlson School of Management and a company he owns called Guaranteed America.

Winston says Brooklyn Park needs to do a better job working with state and federally elected leaders. He also talked about development opportunity.

“There is some land that’s still remaining to be developed,” he said. “And we need to strategically take a look and say ‘how do we make the sum of these new businesses that we’re going to attract here greater than the whole?’ And so when you look at the arts center that’s going to be off 85th, how can we have spokes off of that, that create more value.”

Jacobson pointed to her efforts serving on a committee to find affordable commercial space to create a small business incubator. It resulted in the city purchasing the Northwind Plaza at the corner of West Broadway and Brooklyn Boulevard.

She also pointed to her vote to waive sewer and water access charges, known as SAC and WAC fees, to help businesses avoid thousands of dollars in startup costs.

“We need more sitdown restaurants, we need more places for people to shop,” said Jacobson. “Often SAC and WAC fees are often the thing that stops people from opening a business.” 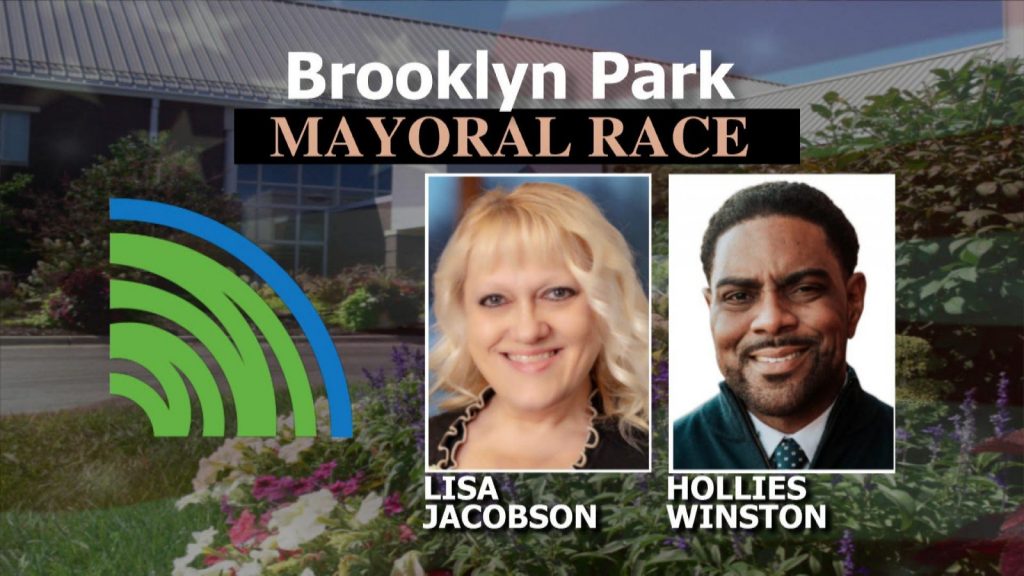 The North Metro Mayors Association forum is the only one currently scheduled leading up to the special election Aug. 10. You can view Tuesday’s complete forum here.