A Brooklyn Park family is happy that a tree that was struck by lightning in May will finally be removed.

When lightning struck a tree in Ken Bergemann’s Brooklyn Park yard in May, it caused the ceiling in his home to collapse and all of his furnishings to be covered with insulation. 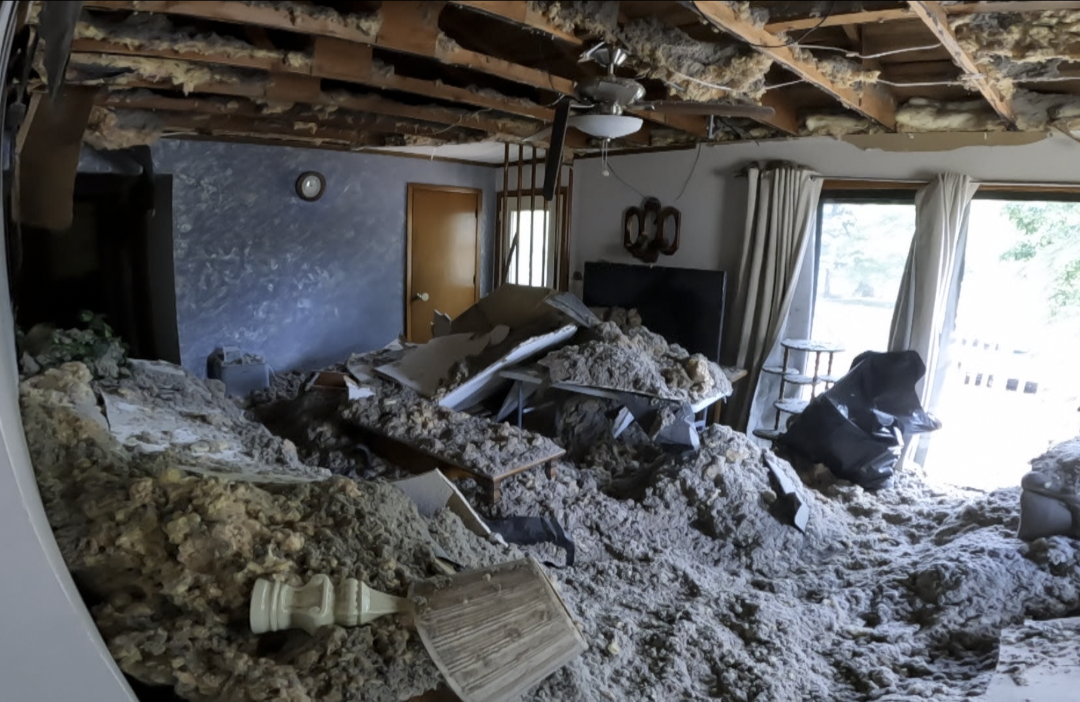 A photo from the inside of the Bergemann home after a lightning strike in May.

Everyone in the house was ok, but the process to remove the massive cottonwood that was struck has been a lengthy one. Bergemann has been staying with his family in a camper in the driveway of his property until the tree can come down.

Crews removed the tree Thursday allowing the family to move back in their home.

“We’re happy that it’s coming down and my family can safely move back into the house. But it’s a sad day because that tree is 350 years old,” said Bergemann. “It’s sad to see it go, but it’s damaged beyond what it can repair on its own so it has to go.”

Bergemann is thankful to the community, who he says helped him with recovery efforts.