Last week, Robbinsdale Area Schools announced nearly 40 bus routes were canceled due to a shortage of school bus drivers. Monday, unions representing the bus drivers came together to talk about problems seen industry-wide and what it will take to find solutions so parents have a safe and convenient way to get their kids to school.

“This can no longer be called a shortage,” said Gus Froemke, spokesperson for Teamsters Local 320. “This is not a bus driver shortage, this is a bus driver crisis. People are on the edge.”

This ‘crisis,’ according to union representatives, requires long-term fixes to address the worker shortage.

They laid out some of the potential solutions during a Zoom meeting Monday morning. 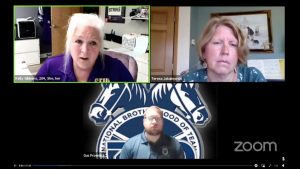 They include boosting pay by five percent, increasing hours so that drivers don’t have to work split shifts and making bus drivers eligible to receive unemployment during the months when school isn’t in session.

The union reps say that until local school boards and the state legislature address these issues, bus companies will continue to have challenges when it comes to recruiting and retaining a stable workforce.

“We need to make sure that if you’re on a school board, or you’re an administrator and I’m pushing your buttons right now, good,” said Kelly Gibson, executive director of SEIU Local 284. “I hope I’m pushing your buttons because you need to come to the table. You need to look at the schools and say, we’ve got a problem and we need to fix it. And it’s up to you to fix it. We’ve been trying to tell you for years, fix the problem. And now we’re going to share it with the world.”

As of Monday afternoon, the Robbinsdale School District is reporting that 12 school bus routes aren’t running due to the driver shortage.