The Minnesota State Fire Marshal’s office is investigating after firefighters found two deceased people inside a home after a fire in New Hope. 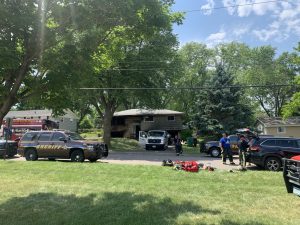 The fire happened shortly before 11 a.m. in the 4600 block of Aquila Avenue in New Hope.  New Hope Police, West Metro Fire Rescue and North Memorial ambulance responded to the fire.

“I noticed there was black smoke billowing out, from somewhere on this side of the street,” said Shannon Krizanac, who lives nearby. “I thought fire pit, maybe a car on fire in a driveway, not someone’s house on fire.”

After West Metro Fire rescue extinguished the fire, they found two deceased people inside the house.

We will update this story as more information comes available.