With the hot weather and lack of moisture, local arborists are warning people to pay attention to their trees.

Wilted foliage and premature fall coloration are a couple symptoms of the current drought impacting trees.

“Their natural reaction is, rather than just die, they’ll start to shut down early,” explained Plymouth City Forester Paul Buck.

Buck recommends putting down a hose next to the tree and let it run on a slow trickle for about an hour once a week. He says that’s especially important for trees that are less than two years old. The slow trickle allows the moisture to better reach the tree’s root system.

“It’s better than just taking your hose out there and blasting 20 gallons and watching it just float away because it can’t get into the soil right away. That hard pan is just so dry to start, so that slow trickle on the uphill side is the best key,” said Buck.

The dry conditions also tend to favor insects, which nibble on foliage at greater frequency.

“We’re going to see a lot more insects. I know I’ve had a lot of calls on Japanese beetle,” said Buck.

Buck says he’s not so worried about insects and diseases for mature trees. 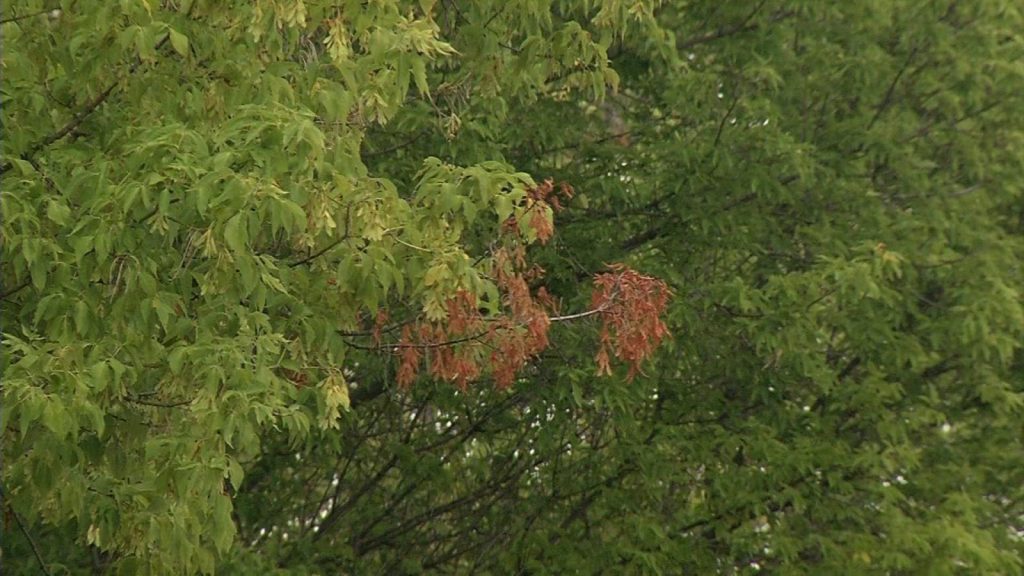 Foliage turning color this early is sign of tree stress.