Tenants at a New Hope apartment building are raising concerns, saying work orders are not being met and staff is mistreating them.

Tyrone Murphy has lived at Kings Manor in New Hope for about 11 years but that changed recently after he received an eviction letter.

The letter, dated June 16, states the 47-year-old is being evicted due to “conduct staff finds threatening and frightening.”

Another eviction letter, dated Aug. 2, states Murphy’s unit is “unfit to live in” due to damage caused by a fire that started on his neighbor’s balcony in July.

Prior to both eviction letters, Murphy started a petition for other tenants to sign.

Murphy says he started the petition in hopes of raising awareness on issues they were experiencing – saying maintenance crews show up unannounced, without uniforms and work orders are not being completed.

Kings Manor and its management company Steven Scott Management recently went paperless but Murphy and other tenants say they don’t have access to email and have always relied on paper letters.

“There’s a few other neighbors of all ages that just don’t have email. Some of them don’t even have Wi-Fi, modern day, up-to-date cell phones,” Murphy said.

“They were standing there, at my door, one of the maintenance guys dressed in normal clothes, no name tag, no indication that they work for Steven Scott Management and he was just leaning on my door,” he said.

Murphy’s eviction letter does state he was screaming at staff and calling them derogatory names.

But Murphy argues that isn’t true, saying lack of respect, privacy and neglect of work orders are just some of the things that pushed him to start a petition calling for change.

“We just want a decent place to live, we just want to be respected,” Murphy said. 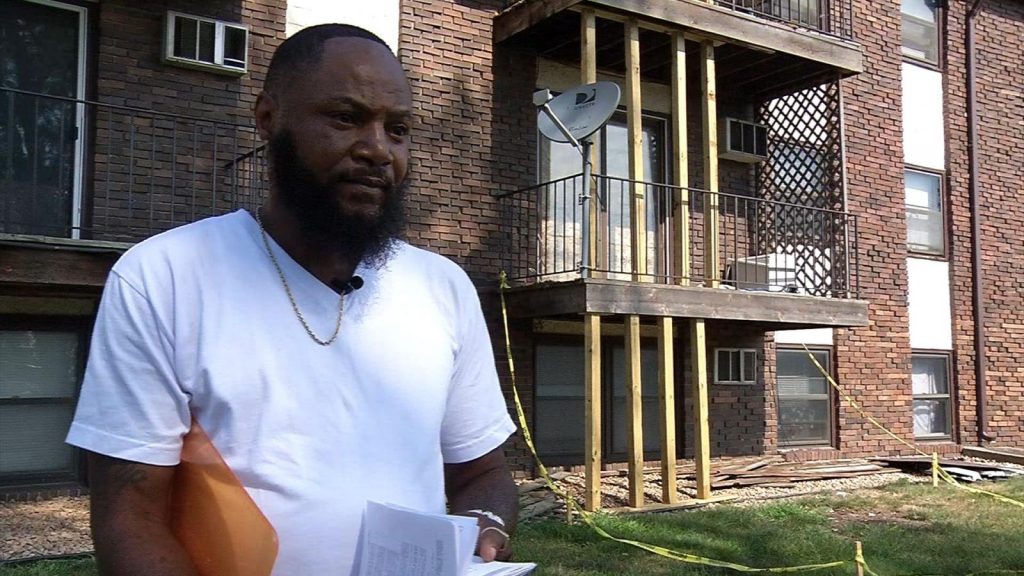 Aeon owns the property and representatives from both Aeon and Steven Scott organized a meeting Wednesday to hear from frustrated tenants. Some tenants who attended the meeting described issues with rent payments, saying when they try to make payments, they don’t go through, yet they receive warnings about late fees and evictions. They said when they call to get the issues resolved, no one answers.

CCX News Reporter Sarah Thamer asked Steven Scott Management what Murphy said or did that staff found threatening, but they never responded to those questions.

Instead, they sent a statement stating in part quote: “Last night we participated in a community meeting to hear the concerns of the residents. We strive to balance the livability and community expectations of all our residents.”

In another statement, Aeon’s Chief Transformation Officer Virginia Brown stated quote: “My team and I are looking into the issues raised. We made a commitment to follow up with the residents in a few weeks.”