Police arrested a teenager who allegedly stole a vehicle and led Robbinsdale police and other agencies on a chase through several northwest suburbs.

The incident happened shortly after midnight Tuesday when a Robbinsdale patrol officer started following a driver who was swerving and possibly intoxicated. The officer tried to pull the car over, but the driver took off on northbound County Road 81 at 36th Avenue.

The pursuit went into New Hope on westbound Bass Lake Road before going through some side streets and ending at Brooklyn Boulevard and 63rd Avenue in Brooklyn Center. A Robbinsdale officer was able to use a PIT maneuver to get the vehicle to spin out and come to a stop.

“After the PIT maneuver was successfully done by a Robbinsdale officer, the driver of the vehicle exited the vehicle and ran for a short period,” said Robbinsdale police Capt. Chad Stensrud. “After we were able to get the suspect, the officers did routine checks on the vehicles and found out it was a stolen vehicle out of Minneapolis.”

Robbinsdale police say they typically see an increase in stolen vehicles this time of year because some people warm up their cars unattended with keys inside. However, last year the city saw a record number of vehicle thefts. From the start of 2021 through Jan. 25 of this year, Robbinsdale reports 83 stolen vehicle cases.

“Even running into the gas station quick, leaving your keys in the car so it’s running, I mean those are just prime targets for people to hop in quick and take off with the vehicles,” said Stensrud. 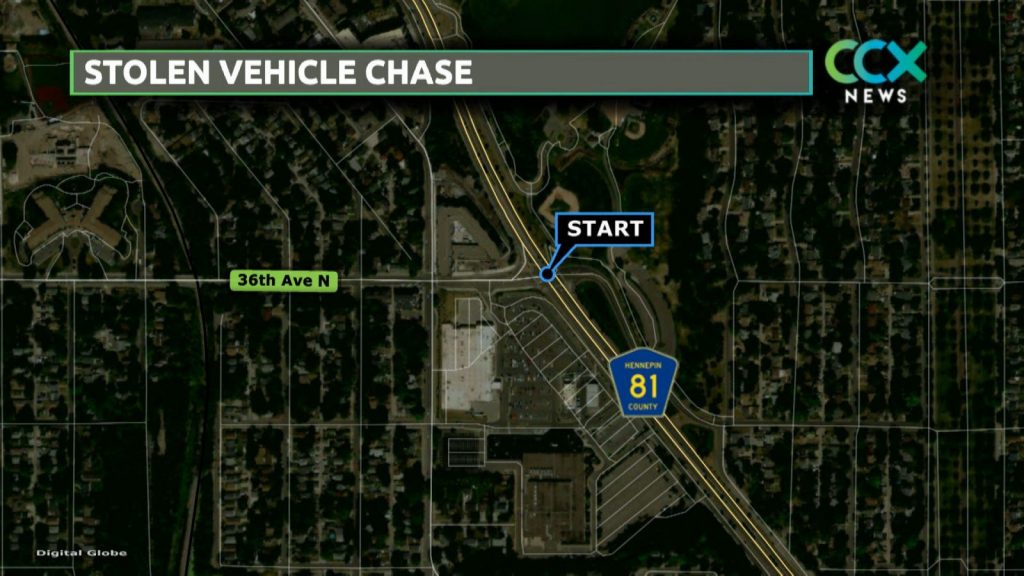