“It was previously known as Columbus Day. It’s important to recognize the contributions of our American Indian people in the state of Minnesota,” said Beth Tepper, Director of Achievement and Integration. 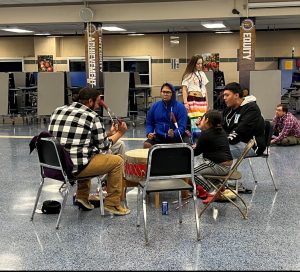 Cooper High School has an American Indian Education Department. Monday’s event helps give students a voice to celebrate their culture and history.

The group Hoka Hey, a Native American drum group, performed traditional songs for the crowd. The drum ensemble is based in the Twin Cities and often performs at Pow Wows and other cultural events.