Negotiation leaders representing Minnesota nurses, including those at North Memorial Health Hospital in Robbinsdale, have reached a tentative agreement with hospital systems and have called off a potential strike that was scheduled to begin this Sunday.

“This tentative agreement is a historic win for nurses and patients at the bedside,” said Mary Turner, a nurse at North Memorial Health Hospital and president of the Minnesota Nurses Association.

The tentative agreement would provide new three-year contracts for 15,000 nurses in the Twin Cities and Duluth. In addition to North Memorial, the deal includes hospitals run by Children’s Minnesota, Allina Health, M Health Fairview and HealthPartners.

According to the agreement, nurses in the Twin Cities would receive 18 percent raises over three years. It’s the largest increase for Twin Cities union nurses in more than 20 years, read a statement provided by the Minnesota Nurses Association.

The new contracts also address staffing issues, a key sticking point in negotiations that have gone on for months. The language, described by the union as “unprecedented,” will give nurses a say in how hospital staffing levels are set.

“For years, hospital executives have been pushing nurses out of the profession by under-staffing our units and under-valuing our nurses,” said Turner. “This tentative agreement will help to keep nurses at the bedside, where we will keep fighting to oppose the corporate healthcare policies which threaten our hospital systems and the care our patients deserve.”

Union leaders also say the agreement would protect nurses from discipline when they raise concerns about unsafe assignments.

Nurses must now vote on the tentative agreement. That vote is expected later this week.

Back in September, nurses picketed outside North Memorial Health Hospital as part of a three-day strike. Nurses in the Twin Cities have been working without contracts since June. 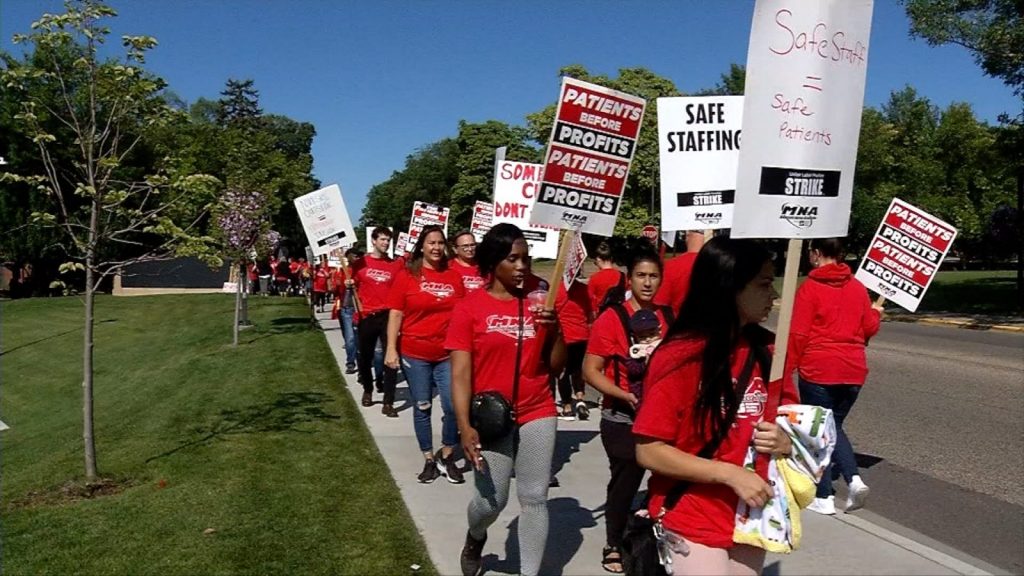 Jason Melillo contributed to this report.