It’s been an especially deadly summer on Minnesota roads, with more fatalities this year than we’ve seen in more than a decade. There’s a big reason for the increase in traffic deaths: speeding.

According to the Minnesota State Patrol, at least 88 people have died this year due to speed-related crashes. And through July 15, state troopers have written more than 47,000 speeding citations, including 682 tickets for drivers going over 100 mph. Some motorists are zipping through residential areas, too.

“You can hear the cars, you can hear the motorcycles, and it’s clear they’re revving up, and they’re speeding way past the speed limit,” said Maple Grove resident Alicia Fink.

The Maple Grove Police Department is seeing the surge in speeding. Officers in Maple Grove have issued more than 800 citations for speeding-related offenses so far this year.

“We see speeding problems or issues throughout the city, whether it’s on Highway 610 or [Interstate] Highway 94,” said Maple Grove police Cmdr. Jon Wetternach. 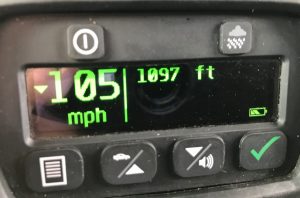 Our CCX News team went along with the traffic unit as an officer patrolled Highway 610. The officer’s radar caught one driver going 80 when the speed limit is 65.

Police say the fast speeds are dangerous and sometimes deadly.