Gunfire, yellow crime tape and wailing police sirens have become all too common sights. Not just in Minneapolis or St. Paul, but in the northwest suburbs. Police in the area say gun violence is at an all-time high. According to the Hennepin County Sheriff’s Office, violent crime has increased 24 percent in the past two years in Hennepin County.

CCX News spoke with police chiefs in Crystal, New Hope and Robbinsdale to address ways to stop what seems like a never-ending cycle of violent crimes.

“I don’t think there’s a night that the news isn’t reporting somebody is shot, or there was a shooting or some kind of critical incident isn’t happening in the metro area,” said New Hope Police Chief Tim Hoyt. 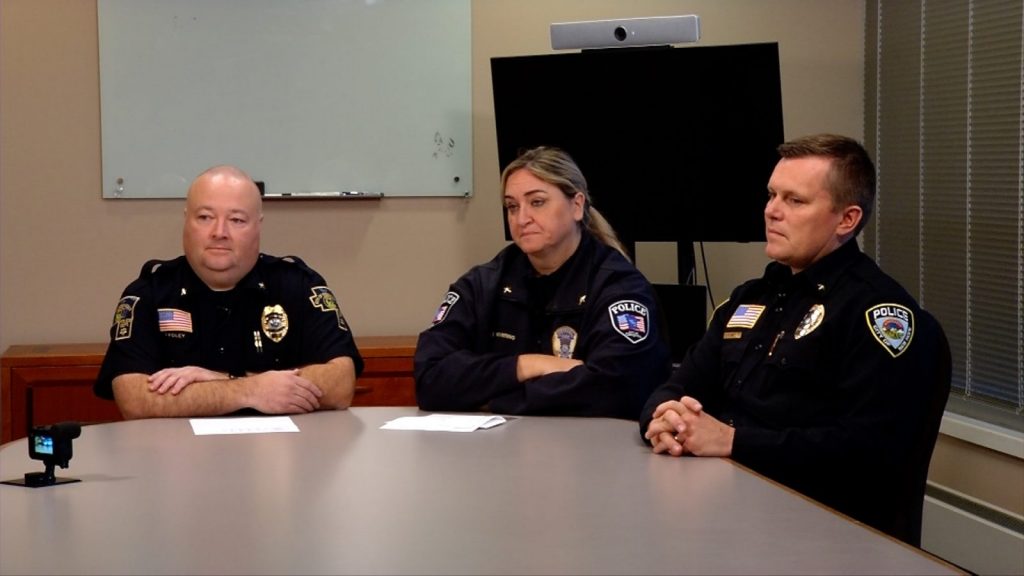 Chief Hoyt says violent crime has gone up significantly over the last six months in New Hope. That includes a carjacking near a residential area. The city has also had two shootings in the last couple months where more than 30 rounds were fired at each scene.

One of those shootings happened Oct. 12 in broad daylight at the Holiday gas station off Bass Lake Road and Nevada Avenue.

“Stray bullets were going through our gas station, stray bullets going through back windows of people’s cars. Thankfully, nobody was hit,” said Hoyt. “It’s kind of astounding that they’re going out in broad daylight and shooting at each other and putting other people in harm’s way, and it’s happening everywhere.”

Across the border in Crystal, gun violence and other serious crimes are also on the rise.

In one incident on May 14, at about 3 p.m., two people fired shots outside a strip mall near 42nd and Brunswick Avenues North. Police think the gunmen were coming from Minneapolis and possibly arguing over a drug deal gone bad.

“We’re not Minneapolis or St. Paul, but suburban Hennepin County agencies are seeing that increase as well,” said Revering, who’s also head of the Hennepin County Chiefs of Police Association.

And next door in Robbinsdale, police are seeing the same disturbing trend. Last year the city had no homicides. This year, so far, the city has had two.

Security video captured a Feb. 14 shooting incident on the 3700 block of Quail Avenue North. A person in a white sedan opened fire on a driver in a black SUV. The gunman quickly left the scene and the victim was taken to the hospital with non-life-threatening injuries. Police don’t think the gunman and victim knew each other.

Robbinsdale police also report a rise in motor vehicle thefts. From September through Nov. 15, there have been 15 such cases. During the same period last year, there were five.

The police chiefs say there are many factors contributing to the increase in lawless behavior. They say some of the crime is spilling over from nearby Minneapolis. But they also point the finger at the Hennepin County Attorney’s Office.

“The Hennepin County Attorney’s Office is also not holding people accountable to the level where I think that they should,” said Chief Foley.

“Stolen vehicles, for example. Folks can go out and steal a vehicle in Hennepin County and not be held for bail, and people know that, and so they’re continuing to do it,” said Chief Revering.

The Hennepin County Attorney’s Office sent CCX News a statement addressing the accusations by the chiefs.

These crimes are low-level, non-dangerous offenses. What that means to the defendant is that he or she will promise to make all court appearances and follow any other conditions set by the judge. With that, they remain free until their next court hearing.”

The attorney’s office stressed the difference between vehicle thefts and carjackings, the latter being a crime in which a firearm or other violent measures are used to steal a car.

“The theft of a motor vehicle often times occurs when a person leaves their keys in a vehicle, typically while unattended. There is no physical force used to steal the vehicle,” said the Hennepin County Attorney’s Office in the statement.

But Chief Revering says vehicle theft is often done to commit other crimes.

“They’re getting a slap on the wrist, being released, and then continuing to commit the crime again,” she said.

Crime in other suburbs

Violent crime is up in other northwest suburbs too. In Brooklyn Center, officials say violent crime has increased more than 20 percent this year.

Meanwhile, in Maple Grove, weapons-related crimes have surged. Such crimes are up 24 percent, from 29 in 2020 to 36 so far this year. This figure includes people prohibited from having a firearm who are caught with one.

Maple Grove police say while violent crime overall in that city has stayed relative the same over the last three years, the types of crimes have changed.

“We have seen some very unusual incidents for our community that is representative of the broader crime trends in the metro area,” said Maple Grove police Cmdr. Jon Wetternach.

The Crystal, New Hope and Robbinsdale police chiefs say the increase in violent crimes is draining officers and resources. They say they are dealing with so many incidents that they have to cover for each other more often.

“We’ve always relied on each other, but to the point where we have six to eight cops in each other’s cities, and the calls keep coming in,” explained Chief Hoyt.

The three police chiefs are reaching out to state lawmakers to get funding for more police training and resources to fight crime. The three cities also started sharing a mental health social worker from Hennepin County this year. In addition, they are increasing patrols in high-crime areas, while pleading with the public for assistance.

“We’re not getting folks who want to talk to us or who are too scared to talk to us because of the repercussions,” said Revering.

The police chiefs are worried the rise in crime will continue if the public stays silent and criminals are not held accountable for their actions.

“It’s just the pure lack of respect that … that people are having for each other,” said Hoyt.